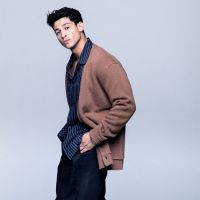 Emilio Sakraya, born in Berlin, started his career at the age of nine and simply never stopped. His big screen debut was in 2010 in Electro Ghetto, produced by Bernd Eichinger. From 2014 to 2016 he had a recurring role in the successful German film series Bibi and Tina and in 2016, he was cast in the critically acclaimed international crime series 4 Blocks as well as in the feature, Rock My Heart. For his performance in Tatort: Das Verschwundene Kind he was nominated for Studio Hamburg's prestigious Young Talent Award. In 2018 he was cast as the lead in Wolfgang Groos' Cold Feet which was quickly followed in 2019 by the role of JC in the international Netflix drama series Warrior Nun and as the lead in the Netflix original series Tribes of Europa. In 2020, Sakraya took on the lead role in Til Schweiger's The Salvation of the World as We Know It. This was followed by the lead in One Night Off the first original feature film made by Amazon Studios Germany. Sakraya recently finished shooting Fatih Akin's newest feature, Rheingold. And just to keep busy, in September 2020, Sakraya released his first music album, Roter Sand, which was followed by the singles Winter and Danke in 2021.