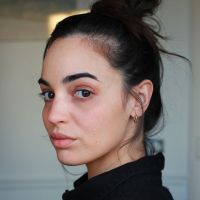 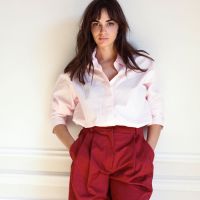 Souheila Yacoub was born in Geneva to a Flemish mother and a Tunisian father. She devoted her childhood and adolescence to sports and joined the Swiss National Rhythmic Gymnastics Team as an elite athlete. She attended a theatre and dance school in Geneva, then obtained a scholarship and went to Paris to take part in the “classe libre” at the Cours Florent before entering the Conservatoire National Supérieur d'Art Dramatique. Soon, Lebanese-Canadian director Wajdi Mouawad offered her a role in the multi-lingual play, Tous des oiseaux. Souheila charmed the press as well as the public: her career was launched, and the cinema world was quickly very interested in the actress. For her supporting role in Climax by Gaspard Noé, which premiered in Cannes 2019, she was selected as Revelation for the Académie des César. In 2020, she was cast in Le sel des larmes by Philippe Garrel which premiered at the Berlinale, and recently in De bas étages by Yassine Qnia. In 2019, Yacoub appeared for the first time as one of the leads in a high profile drama series Les Sauvages directed by Rebecca Zlotowski and in 2020 in the Arte/Hulu epic war series No Man's Land directed by Oded Ruskin. Entre les vagues by Anaïs Volpé, in which Yacoub plays the leading role and De bas étage were both screened in Cannes’ Directors Fortnight in 2021. In 2022, she will feature in Cédric Klapisch’s dance-based film En corps and in Alice and Benoît Zeniter’s first feature film Avant l’effondrement.