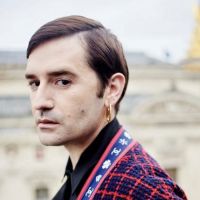 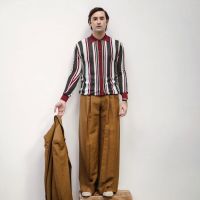 Born and raised in a small town in Limousin, Nicolas Maury trained at the National Conservatory of Dramatic Art in Paris. Since then, he has successfully built his acting career with extensive roles on both stage and screen. In the theater, he has worked with renowned directors such as Daniel Mesguich, Robert Cantarella, Florence Giorgetti and Catherine Hiegel. On the film side, he is a devotee of auteur cinema and has been cast in roles by acclaimed directors such as Patrice Chéreau (THOSE WHO LOVE ME WILL TAKE THE TRAIN), Philippe Garrel (EVERYDAY LOVERS and A BURNING HOT SUMMER), Olivier Assayas (PARIS JE T'AIME), Rebecca Zlotowski (DEAR PRUDENCE and PLANETARIUM), Valéria Bruni Tedeschi (A CASTLE IN ITALY), Riad Sattouf (THE FRENCH KISSERS and JACKY AU ROYAUME DES FILLES). His leading role in Mikael Buch's burlesque comedy, LET MY PEOPLE GO!, earned him a César nomination as Most Promising Actor in 2011. His audience breakthough came with his role in Hervé André-Jezak's series CALL MY AGENT in 2015. He was cast in two films by Yann Gonzalez - YOU AND THE NIGHT (2013) and KNIFE+HEART (2018) - both of which were subsequently selected to premiere at the Cannes Film Festival, and in Pascal Bonitzer's LES AMIS DE AMIS in 2019. In 2020, he directed his first feature film, MY BEST PART. He also takes on acting duties in a leading role in the film, alongside Nathalie Baye, Jean-Marc Barr and Laurent Capelluto.