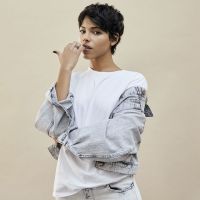 Zita Hanrot studied at the French National Drama School, and while there, was cast in films by Francois Ozon and Mia Hansen-Love, among others. Upon graduating, Philippe Faucon's offered her the lead in FATIMA for which she won the 2016 Cesar as Most Promising Actress. She has since been cast in many acclaimed French films, including as the voice and likeness of Zunaira in the animated film THE SWALLOWS OF KABUL (Cannes 2019). Recently, Zita played the lead in the box office hit SCHOOL LIFE and can be seen in Farid Bentoumi's upcoming, ROUGE.