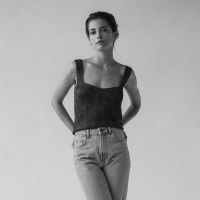 Joana Ribeiro studied at the New York Film Academy (2011), Estudio Corazza (2016) and took part in ACT workshops for actors. Currently she's in Antoine Fuqua's Sci-fithriller, INFINITE and has co-starred in the pilot episode of Amazon's THE DARK TOWER. She has worked with directors such as Terry Gilliam on THE MAN WHO KILLED DON QUIXOTE, the closing film in Cannes 2018; Rita Nunes on CROOKED LINES, and Marco Pontecorvo's newest film, FATIMA. Joana starred in the popular TV series MADRE PAULA and has worked on stage with Palco 13 in The Author, by Tim Crouch.