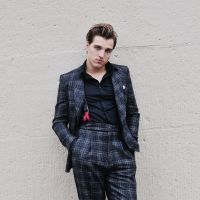 Jonas Dassler was cast for his first feature film, WE ARE FINE, right before starting his studies at Berlin's Ernst Busch Academy. Next up was Julia Langhoff's LOMO. LANGUAGE OF MANY OTHERS, for which he received the Götz-George Nachwuchspreis and Bavarian Film Award as Best Young Actor, an award he took home again for his work in Lars Kraume's THE SILENT REVOLUTION. His performance in Fatih Akin's THE GOLDEN GLOVE earned him a nomination for the German Film Award. Next up is a role in Lena Stahl's debut, MEIN SOHN. Jonas is a member of the Maxim Gorki Theater in Berlin.