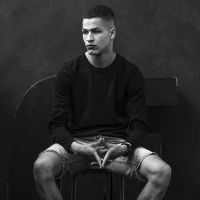 Bilal Wahib began his career in TV before making his big screen debut in 2016, cast in films including Dutch Oscar® entry LAYLA M. by Mijke de Jong. In quick succession, roles came in BROTHERS and in the Dutch TV series MOCRO MAFFIA, among others. In 2019 he played the lead in Dutch box office hit, DE LIBI. This was followed by Mees Peijnenburg's PARADISE DRIFTERS, which will have its international premiere at the Berlinale, as part of Generation 14Plus. Bilal currently studies acting at the Amsterdam University of the Arts and will play Hamlet at Amsterdam's "DE TONEEL MAKERIJ " in 2020.