producers on the move 2020 reunited at industry@tallinn & baltic event

19.11.2020 - Six months after the first digital edition of PRODUCERS ON THE MOVE, the 20 selected European producers will be meeting again in a virtual space at …

ten european works in progress to discover at afm 2020

04.11.2020 - EFP (European Film Promotion) is putting a major spotlight on European cinema by showcasing 10 European films in post-production at the upcoming …

EFP (European Film Promotion) organises and operates EUROPEAN UMBRELLAS to establish a joint European presence in key international markets outside of Europe. The prominent stands provide European professionals and EFP member organisations with a central meeting point and give them a space for conducting business and networking. They can rent individual tables to hold their meetings and are supported by EFP staff on site.

EUROPE! UMBRELLAS are present at the FILMART in Hong Kong, the Toronto International Film Festival the Asian Contents & Film Market in Busan. Launched in 1998, the EUROPEAN UMBRELLA initiative was one of EFP's first programmes.

Due to the Corona Pandemic, markets might fully or partly be organised online. We are ready to offer our services for EUROPE! UMBRELLAs on site as well as online in close cooperation with the market organisers. Please contact us to double check the current plannigs for each market.

EFP operates a large and much frequented EUROPE! UMBRELLA at the Asian Contents & Film Market (former Asian Film Market) in Busan since 2006 for European world sales companies and EFP member organisations representing European films. The umbrella is in a prominent location at BEXCO's exhibition hall, attracting substantial business from Korea, China, Hong Kong, Taiwan, Japan, Indonesia and other Asian countries. In collaboration with UniFrance, the EUROPE! UMBRELLA was greatly expanded over the years to cater for a significant number of world sales companies from across Europe. EFP provides tables for meetings and offers services on site, visibly highlighting the European presence.

*** due to the current Covid 19 pandemia everything will be held online in 2020! 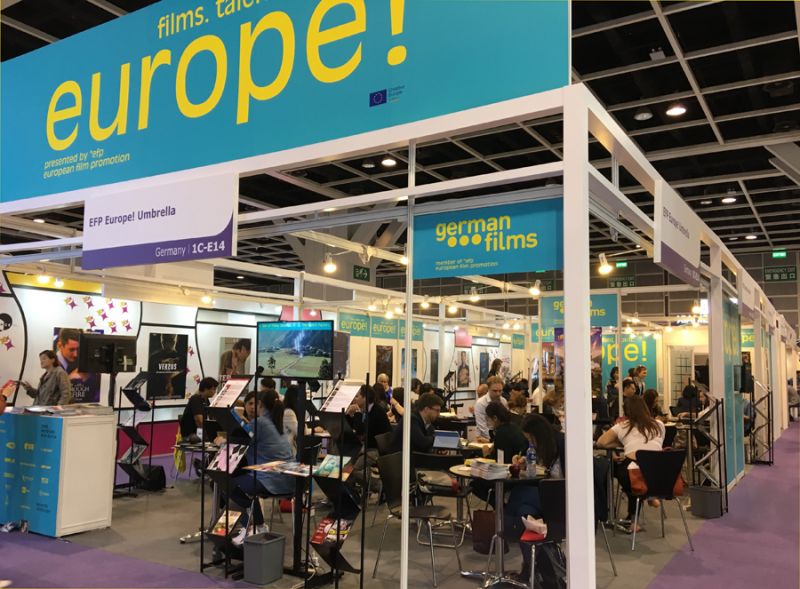 Since 2011, EFP has been running EUROPE! UMBRELLAs for world sales companies and EFP members at Hong Kong's renowned and well-established FILMART.

Due to the Corona Pandemic, the 2020 FILMART will be held online from 26-29 August. The European umbrella will be part of this virtual market. Sales companies may join by registering with EFP for an amount of USD 75, offering them their own company page for the films they wish to promote as well as 5 complimentary market screenings. EFP will highlight and promote the European presence under the umbrella via targeted mailings to professionals in Asia and social media activities. 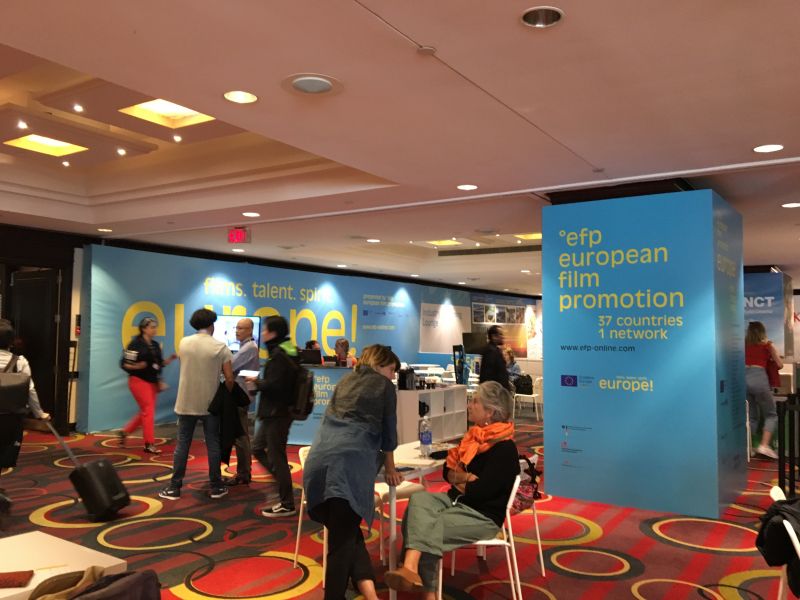 Due to the Corona Pandemic, the industry part of TIFF will be held online this year. EFP is offering a joint European online participation.

In order to highlight the diversity of European cinema and enhance its visibility at one of the world's key festivals, EFP has been organising and operating this stand - since 2016 - for those EFP members not present with individual stands. The EUROPE! UMBRELLA represents films selected by the festival as well as the latest national productions. It is normally based in the Industry Centre at the festival headquarters, the Hyatt Hotel; the large stand serves as a central meeting point and is open for business meetings and one-stop shopping for information about all the films from the participating European countries. This year, the joint European presence will be hosted online. The EUROPE! UMBRELLA is part of a growing industry presence at TIFF that serves as a gateway to the North American market. 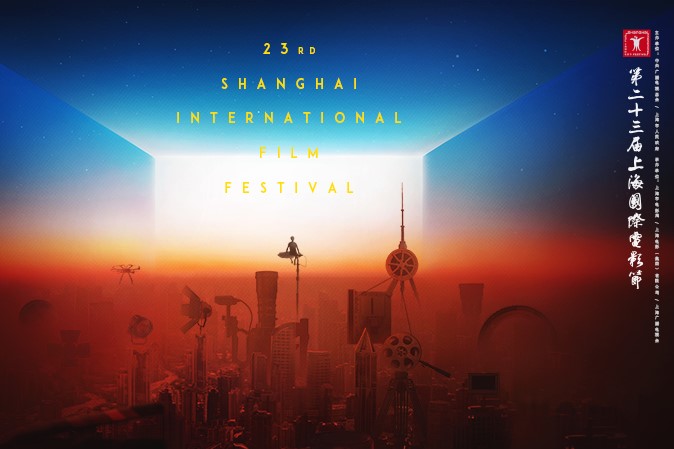 For the first time, European Film Promotion is going online with one of its well-known EUROPE! UMBRELLAs at this year's Shanghai International Film & TV Market, taking place virtually due to the Corona Pandemic. This new online edition is free of charge for European world sales companies and EFP member organisations to highlight the newest films from Europe to buyers in China. Presence at the umbrella includes own pages for the participating companies where they can promote and market their films as well as pre-booked one-on-one meetings with potential clients including a translation service.

The online market runs alongside the Shanghai International Film Festival which takes place physically from 25 July to 2 August.