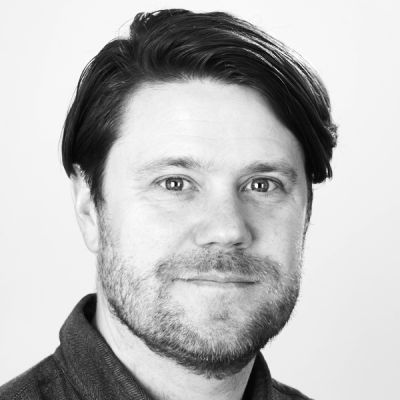 Rupert Lloyd
Rupert Lloyd initially focused on working as an editor before founding Noor Pictures, a London-based production company with an international outlook. Noor's debut feature Theeb by Naji Abu Nowar premiered in Venice in 2014 and went on to win a BAFTA and an Academy Award® nomination for Best Foreign Language Film in 2016. A recipient of the BFI Vision Award, Rupert currently has films by Nowar and Billy Lumby in development at Film4 and BBC Films.

"How special to be connected to so many likeminded film professionals scattered all over Europe at once. That's quite a thought! Without a doubt it is an experience we will bond over for years to come. Thank you for engineering Producers on the Move with such finesse and for not making it dry and awkward but warm and fun."

The Last of the Gentlemen Adventurers
in development, 2024
by Naji Abu Nowar
United Kingdom, Canada