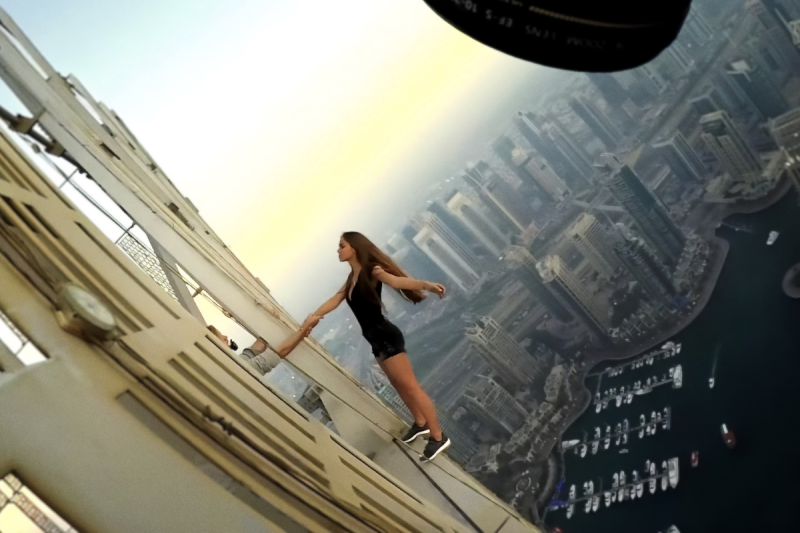 After two online editions of the new EUROPE! HUB during the Sundance Film Festival, EFP is delighted to broaden its collaboration with one of the most important North American film festivals on site. The EUROPE! HUB, a meeting area for the European film industry promoting the diversity of European films, filmmakers and world sales companies, will go physical for the first time.

”It's definitely time to celebrate European cinema on location at the Sundance Film Festival! We are excited to finally offer a cosy space to the European and the international film industry at Park City’s Double Tree Hotel where they can meet and discover the films and talent from Europe. We thank the Sundance team, in particular Kim Yutani and John Nein, for their help and their trust to get the EUROPE! HUB at Sundance finally off the ground” says EFP Managing Director, Sonja Heinen.

”As Sundance continues to evolve our international programme and enhance the opportunities we offer to international artists and industry -- including the strong slate of European films we see each year - we were eager to expand our collaboration with European Film Promotion, who have always given strong support to those films and will now also establish a physical presence in Park City through their EFP lounge." says John Nein, Senior Programmer & Director of Strategic Initiatives at the Sundance Film Festival.

At the HUB, together with the 7 participating national film promotion institutes, EFP shines a light on a selection of this year’s world premieres from Europe in the different sections of the festival:

Short Film Grand Jury Prize winner Sofia Alaoui (So What If the Goats Die, 2020) returns to Sundance with her feature debut Animalia (France, Morocco, Qatar), which, according to the French-Moroccan filmmaker is a ”super natural drama about the end of the world”.

In Patricia Ortega’s (Being Impossible, 2018) second film Mamacruz (Spain), lead actress Kiti Manver (Women on the Verge of a Nervous Breakdown) portrays an older woman learning to use the internet and finding pornography.

Lithuanian director Marija Kavtaradze focuses on asexuality in her second feature film, Slow (Lithuania, Spain, Sweden). Dancer Elena and the sign language teacher Dovydas form an innate bond and have to figure out how to build their own kind of intimacy.

Director Veerle Baetens addresses the lasting effects of an untreated trauma in her feature film debut, When It Melts (Belgium, The Netherlands). Fragile Eva decides to return to her home village and face the scorching summer that altered her life.

Fantastic Machine (Sweden, Denmark) is the first feature-length documentary of director and producer Axel Danielson, co-owner of Platform Production founded by Erik Hemmendorf and Ruben Östlund, and director, producer and cinematographer Maximilian Van Aertryck. After their award-winning short film Ten Meter Tower, the Swedish directing duo explores how mankind's obsession with photos and images has changed our behaviour over the past 200 years and look at the social consequences of the billions of cameras on the planet churning out images.

Pianoforte (Poland) by Polish director Jakub Piątek takes a glimpse behind the scenes of The International Chopin Piano Competition, held in Warsaw every five years since 1927, and shows some of the most talented young professional pianists from around the world.

A smoke sauna as a healing place: In Smoke Sauna Sisterhood (Estonia, France, Iceland), director Anna Hints captures an impressive ritual with her camera. In a lush green forest in southern Estonia, a group of women gather in the safe darkness of a smoke sauna to share their innermost thoughts and secrets.

We follow the renowned Inuit lawyer and activist Aaju Peter from Greenland who defends the human rights of Indigenous people of the Arctic in Twice Colonized (Greenland, Denmark, Canada) by director Lin Alluna.

The Pod Generation, the third feature film by Franco-American filmmaker Sophie Barthes, is a social satire about parenthood and an examination of technology, nature and society. In a not-so-distant future, AI is all the rage and nature is becoming a distant memory. Tech giant Pegasus offers couples the opportunity to share pregnancy on a more equal footing via detachable artificial wombs, or pods. But at what cost?

The Kidnapping of the Bride: Luisa from Argentina and Fred from Germany are confronted with their social roles. The German tradition of kidnapping the bride during the wedding shakes the couple’s equality. German-Argentine director Sophia Mocorrea questions and deconstructs the structures in which young people are socialised across cultures.

°efp's europe! hub is supported by