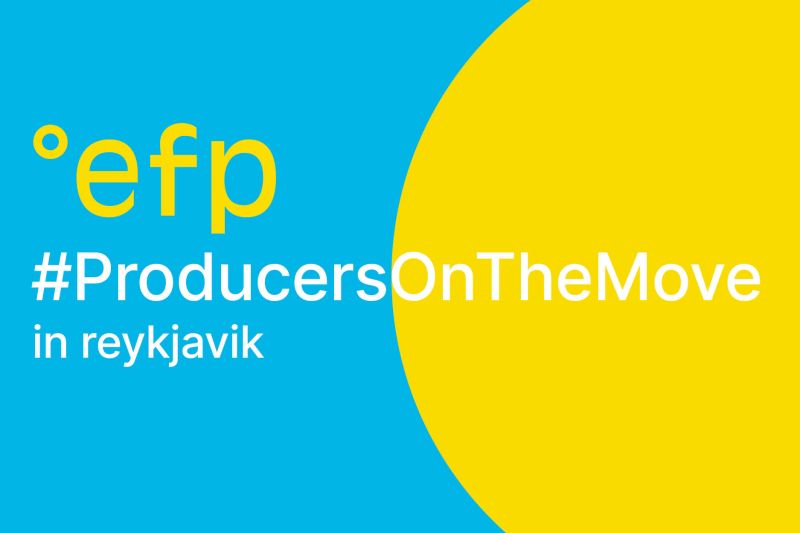 On 10 December, the film world will gather in Reykjavik to celebrate the European Film Awards. EFP is taking the opportunity to stage a reunion and networking event of former Producers on the Move in the Icelandic capital.

30 producers from 15 European countries will take part in a moderated round table. The Icelandic Film Centre as co-host will give a short introduction about Iceland as a home for international co-productions, followed by an individual introduction from each participating producer about themselves, their companies as well as their recent and upcoming projects. They will also share what they are able to offer as a co-producer. The two-hour session will be followed by informal networking over coffee.

“Docking onto existing events is a good way for us to continue our programmes in the long term, and not only from a climate perspective. It is really great that we can invite the Producers on the Move alumni from the past 23 years who are attending the European Film Awards ceremony in Reykjavik for an exchange. There will definitely be an added value for all those participating. We would like to thank the Icelandic Film Centre for being a great co-host in Reykjavik and the European Film Academy for our ongoing collaboration,“ says EFP Managing Director Sonja Heinen.

Participants include the producer Giovanni Pompili (Italy) of the twice-nominated film Alcarràs by Carla Simón (European Film 2022, European Screenwriter 2022); Klaudia Śmieja-Rostworowska and Beata Rzeźniczek (Poland), the co-producers of the debut film Other Peoples by Aleksandra Terpińska, which is nominated for the European Discovery - Prix Fipresci. As a producer, Klaudia is also involved in Pamfir by Dmytro Sukholytkyy-Sobchukby, which has also been nominated in the same category. Other participants are Monica Hellström (Denmark) and Darya Bassel (Ukraine) who produced the film A House of Splinters by Simon Lereng Wilmont, nominated in the European Documentary category, and Marleen Slot (The Netherlands), producer of the film Oink, nominated in the category for European Animated Feature Film.

about producers on the move

Each year, 20 promising, up-and-coming producers from throughout Europe are selected to participate in PRODUCERS ON THE MOVE - 484 over the last 23 years. The initiative is aimed at connecting young, enterprising European producers with potential co-production partners, strengthening their industry networks and, at the same time, providing a solid and visible platform for this next generation of European filmmakers. The producers go through a rigorous selection process which places the top contenders in a tightly focused working environment. They take part in project pitching, 1:1 meetings and case studies, social events and an extensive promotion campaign, which includes online presentation and an introduction in the international trades. PRODUCERS ON THE MOVE 2023 will take place as a combination of online sessions prior to the festival as well as on-site in Cannes.