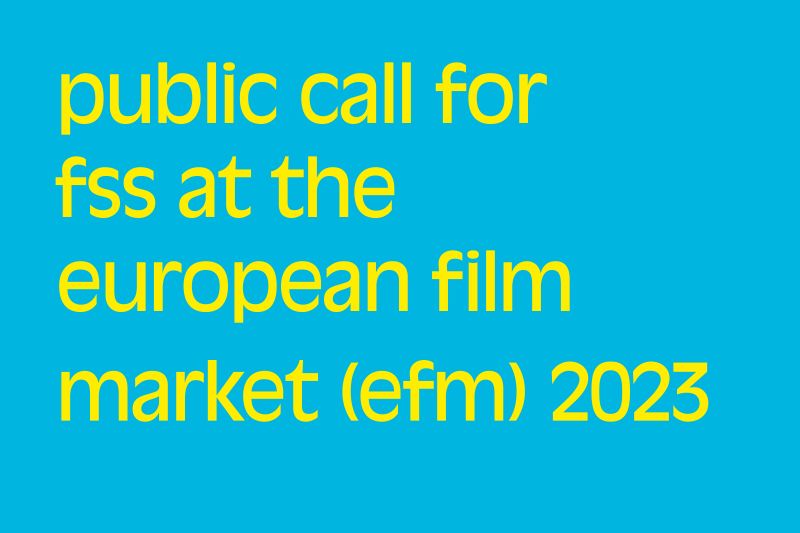 EFP (European Film Promotion) is issuing a public call for Film Sales Support for the submission of digital promotion campaigns of recent European films to buyers and distributors in countries outside of Europe at the EFM (16-22 February 2023).

Gender balance, diversity & inclusion and sustainability are important for EFP.  Therefore, we highly welcome and encourage promotion campaigns that respect the environment as well as the diversity of filmmakers and story lines (see new call for FSS Inclusion).