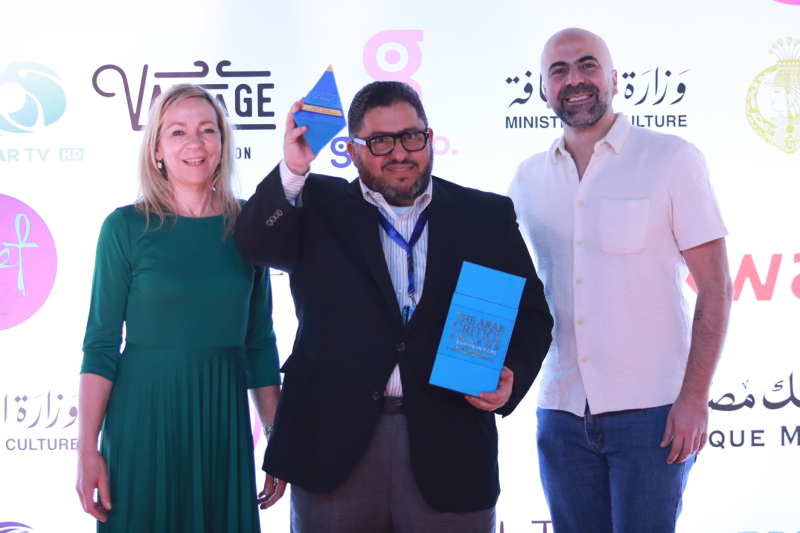 The Polish-Italian co-production EO by Jerzy Skolimowski has won this year’s Arab Critics' Awards for European Films, which is being presented for the fourth time by European Film Promotion (EFP) and Arab Cinema Center (ACC) at the Cairo International Film Festival.

During a glamorous award ceremony at the Cairo Opera house, EO by Jerzy Skolimowski was announced as this year’s winning film in the evening of the 17 November. Jerzy Skolimowski, wo is currently in Los Angeles to promote this year’s Polish Academy Award entry for best foreign film sent greetings to Cairo:

"I am incredibly happy that EO has been appreciated by the Arab Critics’ Circle as it must mean that my simple story of a donkey has moved people’s hearts across different cultures. It is especially important to me that this plea for empathy for animals seems so universal. I thank all viewers who decided to watch the film and all the critics who voted for EO. We are also very proud to have Front Row as our distributors in the territory who will be bringing our film to local audiences soon."

The multi-award-winning master of Polish cinema and legendary filmmaker Jerzy Skolimowski lets us see the world through the eyes of EO, a liberated circus donkey who starts on a journey meeting good and bad people and experiences joy and pain. During his travels, EO is both helped and hindered by a cast of characters that includes a young Italian priest (Lorenzo Zurzolo), a Countess (Isabelle Huppert), and a rowdy Polish soccer team. The film portrays this fateful journey full of melancholy and magical cinematic moments, almost completely without dialogue. EO, which brings longtime collaborators Jerzy Skolimoski and Producer Jeremy Thomas back together, has won the Jury Prize ex-aequo in Cannes and is Poland's entry for the 95th Academy Awards. A release for Middle East and North Africa is planned for early 2023.

Ola Al-Sheikh, Manager of The Arab Critics’ Awards for European Films says: "I’d like to take a moment to thank the 76 critics from 15 Arab countries who served on this year’s jury, as well as the newcomers who joined the committee this year, for their hard work in selecting out of the 23 films that make up this year’s special 4th edition of the Arab Critics‘ Awards for European Films. Many of these films have screened at some of the world’s most prestigious film festivals, winning awards.”

The Arab Critics’ Award for European Films was launched in 2019 by EFP and ACC. It is a spin-off from the ACC’s now well-established Critics' Awards to boost film diversity in the region and raise the interest of sales companies and the industry for outstanding European films. This initiative, supported by Creative Europe – MEDIA Programme of the European Union, also aims to cast a spotlight on the distinguished film critics from 15 Arab-speaking countries and their important role in opening up new perspectives and bridging cultural idiosyncrasies. The previous three winners were God Exists, Her Name Is Petrunya by Teona Strugar Mitevska (2019), Undine by Christian Petzold (2020) and 107 Mothers by Peter Kerekes (2021).