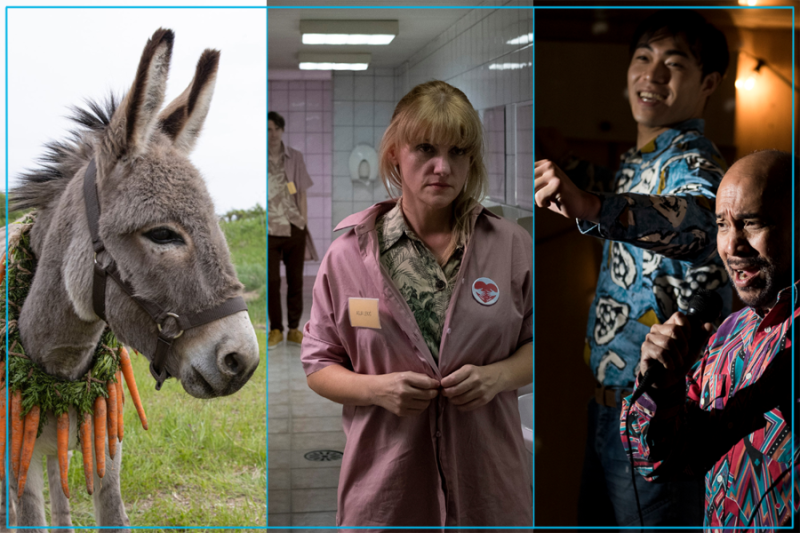 Three films have been shortlisted for this year's Arab Critics‘ Awards for European Films, which were launched by European Film Promotion (EFP) and the Arab Cinema Center (ACC). From a total of 23 submitted European films, the three finalists are EO and The Happiest Man In The World - the Oscar entries from Poland and North Macedonia in the Best International Feature Film category -, and To The North from Romania, which competed in the Orizzonti section of the 79th Venice Film Festival. The winning film will receive the award at a gala ceremony during the Cairo International Film Festival on 17 November.

The multi-award-winning master of Polish cinema and legendary filmmaker Jerzy Skolimowski lets us see the world through the eyes of EO, a liberated circus donkey who starts on a journey meeting good and bad people and experiences joy and pain. The film portrays this fateful journey full of melancholy and magical cinematic moments, almost completely without dialogue. EO, which brings longtime collaborators Jerzy Skolimowski and Jeremy Thomas back together, has won the Jury Prize ex-aequo in Cannes and is Poland's entry for the 95th Academy Awards.

The winner of the first Arab Critics‘ Award for European Films in 2019, Teona Strugar Mitevska is back on the shortlist with her latest film The Happiest Man In The World, which premiered at this year's Venice Film Festival. The film focuses on Asja, a 40-year-old single woman, who lives in Sarajevo. In order to meet new people, she ends up spending her Saturday at a speed dating event. She’s matched with Zoran, a 43-year-old banker. However, Zoran is not looking for love, but for forgiveness. The film was selected as the North Macedonian entry in the Best International Feature Film category at the 95th Academy Awards.

Based on a true story, Romanian director Mihai Mincan’s first feature film To The North centres on a religious Filipino sailor working on a transatlantic ship and discovering a hidden Romanian stowaway. Convinced by a Bible this emigrant has, the sailor starts playing a dangerous game, involving his crew, his faith in God and an innocent man’s life.

76 of the most prominent and influential Arab film critics from 15 Arab-speaking countries decided on their top three favourites from 23 nominated films submitted by the European national film institutions – EFP’s member organisations - before announcing the winning film at the Cairo International Film Festival (CIFF) on 17 November.

The Arab Critics’ Award for European Films was launched in 2019 by EFP and ACC. It is a spin-off from the ACC’s now well-established Critics' Awards to boost film diversity in the region and raise the interest of sales companies and the industry for outstanding European films. This initiative, supported by Creative Europe – MEDIA Programme of the European Union, also aims to cast a spotlight on the distinguished film critics from 15 Arab-speaking countries and their important role in opening up new perspectives and bridging cultural idiosyncrasies. The previous three winners were God Exists, Her Name Is Petrunya by Teona Strugar Mitevska (2019), Undine by Christian Petzold (2020) and 107 Mothers by Peter Kerekes (2021).