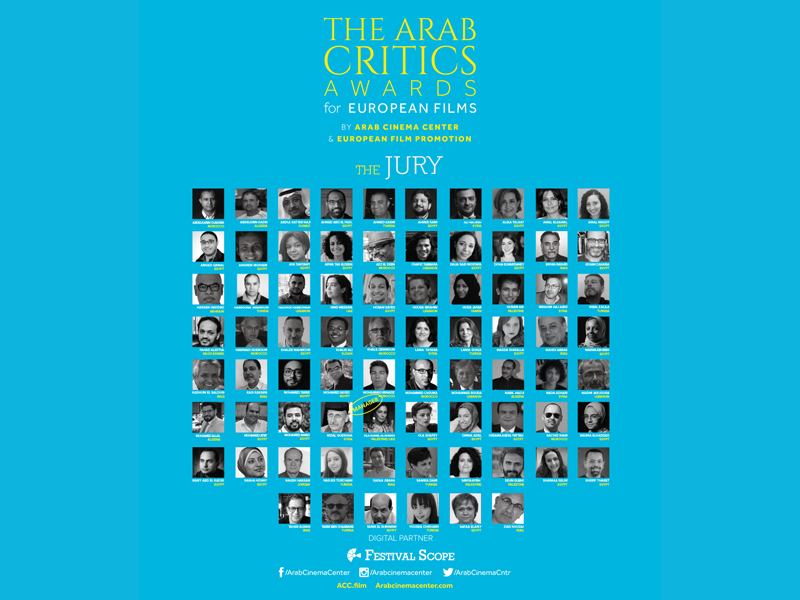 A total of 23 European films, including eleven Oscar nominees for Best International Feature Film, are competing for the Arab Critics' Awards for European Films, which is being jointly announced by European Film Promotion (EFP) and the Arab Cinema Center (ACC) for the fourth time.

All of the films were submitted by the European national film institutes as EFP member organisations, have already been screened at leading international film festivals, or have now been entered for the Academy Awards in the Best International Feature Film category. They include A Ballad by Aida Begić  (Bosnia and Herzegovina), Il Boemo by Petr Václav (Czech Republic), Safe Place by Juraj Lerotić (Croatia), Kalev by Ove Musting (Estonia), A Long Break by Data Pirtskhalava (Georgia), Magnetic Fields by Yorgos Goussis (Greece), Beautiful Beings by Guðmundur Arnar Guðmundsson (Iceland), January by Viesturs Kairiss (Latvia), The Happiest Man in the World by Teona Strugar Mitevska, (North Macedonia), EO by Jerzy Skolimowski (Poland) and Victim by Michal Blaško (Slovak Republic).

76 of the most prominent and influential Arab film critics from 15 Arab-speaking countries will first decide on their top three favourites before announcing the winning film during the Cairo International Film Festival (CIFF) in mid-November.

"We are absolutely thrilled to have the opportunity to show a fine selection of 23 films from 23 countries from throughout Europe to such a distinguished jury of Arabian film critics. It is a pleasure and an honour to continue our partnership with the Cairo International Film Festival and the Arab Cinema Center to make European cinema visible in the Arab world“, says EFP Managing Director Sonja Heinen.

The Arab Critics’ Awards for European Films was launched in 2019 by EFP and ACC. It is a spin-off from the ACC’s now well-established Critics' Awards to boost film diversity in the region and raise the interest of sales companies and the industry for outstanding European films. This initiative also aims to cast a spotlight on the distinguished film critics from 15 Arab-speaking countries and their important role in opening up new perspectives and bridging cultural idiosyncrasies. The previous three winners were God Exists, Her Name Is Petrunya by Teona Strugar Mitevska (2019), Undine by Christian Petzold (2020) and 107 Mothers by Peter Kerekes (2021).