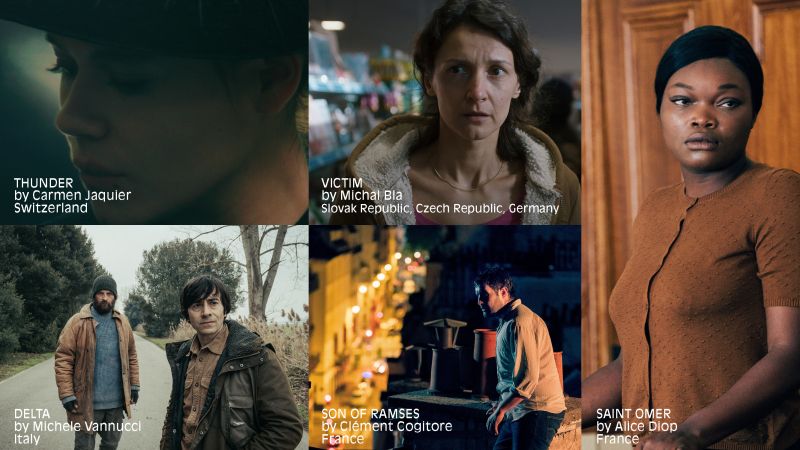 European artists will return to the Busan International Film Festival (5-14 October) to represent their newest films.

26 filmmakers from Europe have the chance to be at one of Asia's most prolific film festivals after a two-year hiatus. The directors will shine a light on their films and share these with the famous enthusiastic Korean festival audience. The delegation includes established filmmakers which are joined by young talent with first or second feature films.

„We are delighted and grateful to continue our very successful partnership with the EFP. The strong presence of European films and filmmakers at Busan certainly enriches the cultural experience. It is exciting to see more collaborative efforts between Asia and Europe, for which the EFP and BIFF will strive to build strong bridges", confirms HUH Moonyung, Festival Director of the Busan International Film Festival,

EUROPE! GOES BUSAN involves participation in the festival's industry programme, where renowned French director Alain Guiraudie of the delegation, will hold a special Master Class. Platform Busan matches young Asian filmmakers with the European delegation to exchange and discuss ideas around 'filmmaking in times of fundamental global changes'. Various networking events will open windows for the Korean and international press to connect with the European filmmakers.

"EFP is proud to be a long-standing partner of BIFF, not only by making the presence of European talent more visible, but by stimulating the exchange between the professionals from Europe and Asia. Building on our mutual trust over many years, EFP is extremely pleased to join forces to keep the relationship growing", says Sonja Heinen, Managing Director of EFP.

Among the 26 films represented by the EUROPE! GOES BUSAN delegation, four new cinematic voices will be competing in the festival's Flash Forward section: Michal Blaško with his compelling, apprehensive feature debut Victim (Slovakia, Czech Republic, Germany), the story of a Ukrainian immigrant Irina who is seeking justice in a racist society; Thunder by Swiss director Carmen Jaquier, a directorial debut which follows a young woman who begins to experience life anew after her sister's mysterious death, a story of emancipation within oppressive social norms. Alice Diop's extraordinary fiction debut Saint Omer (France) retells a 2016 infanticide case that challenges accepted ideas of perspective, of subjectivity and objectivity. The Venice winner will be presented by its main actress Guslagie Malanda. Michele Vannucci one of Italy's most promising new voices competes with his second feature Delta, featuring European Shooting Star 2017 Alessandro Borghi, a modern Western, located in the Po delta a region where old and new poverty collide, somewhere between xenophobia and the desperate attempts of amend. French director Clément Cogitore brings to Busan Sons of Ramses, a thrilling and moving urban tale, that follows Ramses, a skillful clairvoyant in the multicultural Parisian district of La Goutte d'Or where he makes a living scamming his clients into believing he can contact the dead until one fateful night he is forced to confront the ghosts of his own past – a story that questions themes of belief and blood ties.

Please find a list of European titles with guests attending the festival below.

The co-operation between the Asian Project Market, EAVE: TIES THAT BIND and EFP, unites European and Asian producers for an industry and networking programme at the Asian Contents & Film Market. Five producers from Europe will be attending the event.