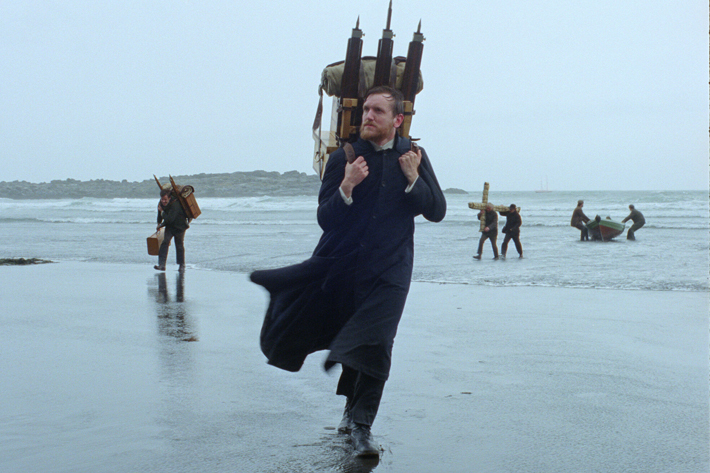 A total of 73 alumni from European Film Promotion‘s talent programmes such as EUROPEAN SHOOTING STARS, PRODUCERS ON THE MOVE and FUTURE FRAMES are actors, producers or directors for 39 of the films screening at this year's Toronto International Film Festival, with more than half of them being world premieres.

Future Frames director Martin Blaško is presenting his debut feature Victim as a North American premiere (Contemporary World Cinema). Produced by this year's Slovak Producer on the Move Jakub Viktorín together with his Czech colleague Pavla Kubečková, the film is a character study on the fragility of society.

There is a real reunion of four European Shooting Stars and six Producers on the Move all coming together in the film Godland by Hlynur Pálmason. Ingvar Sigurdsson, Hilmar Gudjonsson, Elliott Crosset Hove and Victoria Carmen Sonne, appear in front of the camera for this film which was produced by Eva Jakobsen, Mikkel Jersin, Anton Máni Svansson and co-produced by Didar Domehri, Mimmi Spång, with Elliot Crosset Hove and Ingvar Sigurdsson as executive producers and Birgitta Bjornsdottir as line producer.

Spanish producer Montse Triola appears in front of the camera in Pacifiction and former Shooting Star Labina Mitevska was the producer of The Happiest Man in the World by Teona Strugar Mitevska, while Mila Turajlić produced her own film, Ciné-Guerrillas: Scenes from the Labudovic Reels, which will have its world premiere in the TIFF Docs section.

Two former Producers on the Move are associated with more than one film premiering in Toronto, such as Dan Wechsler from Switzerland, who co-produced The Substitute by Diego Lerman. He is also involved as executive producer on Triangle of Sadness by Ruben Östlund and Sparta by Ulrich Seidl. Apart from co-producing Godland, France's Didar Domehri also produced Under the Fig Trees by Erige Sehiri.

Toronto International Film Festival is being held from 8 to 18 September, 2022. It's the first time after two years of the pandemic that EFP is back onsite with the EUROPE! UMBRELLA. 14 national film institutes and 12 European sales companies are based at this joint European stand in the Industry Centre at the festival headquarters, the Hyatt Hotel. The Umbrella serves as a central meeting point and is open for business meetings and one-stop shopping for information about all the films from the participating European countries.

The EFP member organisations Unifrance, Cinecittà (Italy), Instituto de la Cinematografía y de las Artes Audiovisuales / ICAA (Spain), British Council and the Polish Film Institute will be operating their own individual stands alongside and in addition to the EUROPE! UMBRELLA. All in all, 19 European countries are attending TIFF this year to promote the latest European films from their respective countries.