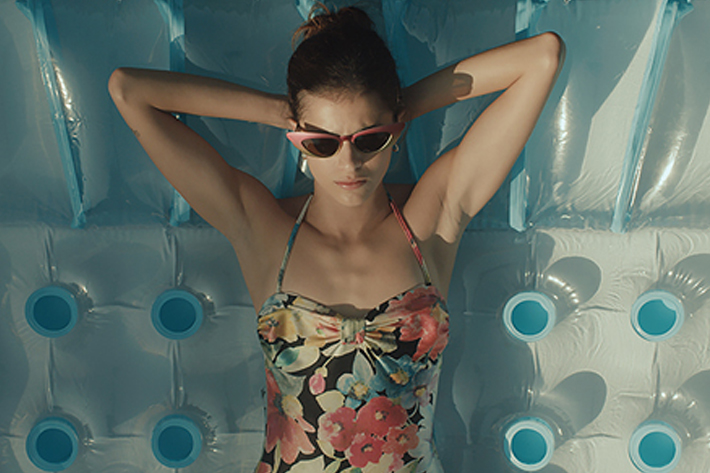 At last, it’s time again for selected films to be physically shown to festival audiences at the Toronto International Film Festival (8 – 18 September). Thanks to the support of Film Sales Support (FSS), sales companies will have an opportunity to create innovative promotional campaigns for nine European films in order to pique the interest of international distributors and buyers.

All of the supported films have been officially invited to the Toronto International Film Festival and can’t wait to be presented to a curious audience. Films and co-productions from Italy, Spain, Austria, France and North Macedonia will be shown in the »Contemporary World Cinema« section and offer a deep insight into European society through the personal conflicts and relationships of the various protagonists: Amanda by Carolina Cavalli (Italy, France / Charades), Manticore by Carlos Vermut (Spain / Film Factory Entertainment), Winter Boy by Christophe Honoré (France / Pyramide International), The Happiest Man in the World by Teona Strugar Mitevska (North Macedonia, Belgium, Slovenia, Denmark, Croatia, Bosnia and Herzegovina / Pyramide International ), Ashkal by Youssef Chebbi (France, Tunisia / The Party Film Sales) and Sparta by Ulrich Seidl (Austria, Germany, France / Coproduction Office). Thanks to support from Swiss Films, the debut feature Thunder from the writer-director Carmen Jaquier (Switzerland / WTFilms) will also benefit from FSS to give a boost its world premiere in this section.

The French films Saint Omer by Alice Diop and Other People's Children by Rebecca Zlotowski (both Wild Bunch International) will be shown in the section of »Special Presentation«.

FSS is supported by Creative Europe MEDIA and part of EFP's (European Film Promotion) many activities for the promotion of European films and talent around the world.

With the support of FSS, the sales companies initiate various digital promotional campaigns, including digital screenings, adaptable online packages for distributors, e-readers, targeted newsletters, social media campaigns and even physical "off-shore" screenings in Tokyo and London that offer buyers and international journalists the possibility to see the film on a big screen in a time when they are not able to travel personally to Toronto.

With Film Sales Support (FSS), EFP backs the marketing campaigns of European world sales companies targeting countries outside of Europe. Thanks to the support of Creative Europe, the FSS programme has been able to adapt quickly and flexibly to the respective market situation during the pandemic with an open funding model (FFS Open Call). It is now returning to a model based on films selected by international festivals and markets. Two strands are offered, depending on whether the festival / market takes place physically or online: FSS Classic and FSS Digital.

>>find more information in our guidelines

As EFP is still in the process of applying to Creative Europe MEDIA for FSS 2022-24, individual grant confirmations and disbursements are subject to the signing of the contract between EFP and Creative Europe MEDIA at the end of 2022. This means that all those costs as part of the FSS application to EFP are undertaken at the sales companies' own risk with no claim to EFP should funding not become available from the European Commission.

In addition, EFP offers FSS for the promotion of films from Switzerland outside of Europe thanks to international measures by the Federal Office of Culture, Media Desk Suisse and SWISS FILMS. This support has been confirmed and takes immediate effect.