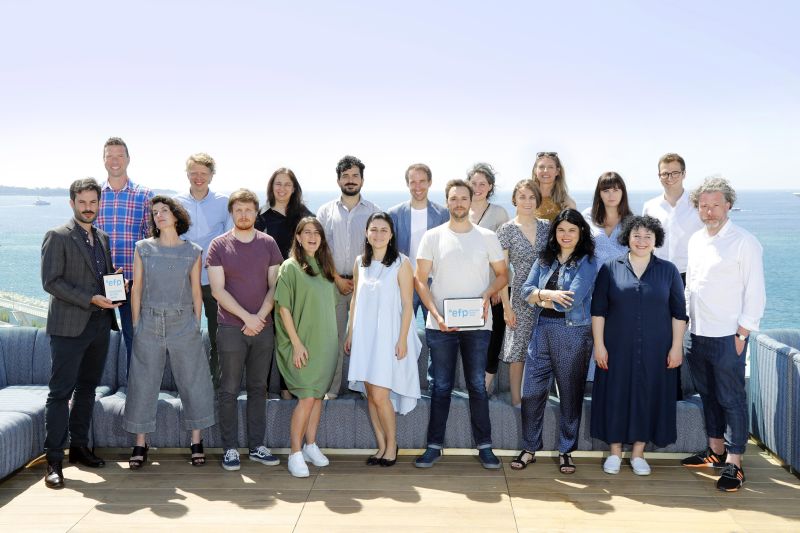 EFP (European Film Promotion) welcomes 20 up-and-coming European producers selected for the 23rd edition of EFP PRODUCERS ON THE MOVE (17-28 May 2022) at the Cannes Film Festival. The networking and promotion platform provides a tailor-made programme for the participants, including one-on-one pitching sessions and case studies as well as ample opportunity to exchange experiences and find new co-production partners.

EFP is organising a case study in cooperation with Eurimages for Marie Kreutzer’s film Corsage which will have its Cannes world premiere in the Un Certain Regard section. Alexander Glehr (FILM AG, Austria), Jonas Dornbach (Komplizen Film, Germany), Jean-Christophe Reymond (Kazak Productions, France) and Bernard Michaux (Samsa Film, Luxembourg) will discuss the project along with Alessia Sonagi and Agatha Stern from Eurimages. The case study will be moderated by Simon Perry (ACE, The Netherlands). A second case study will be presented in cooperation with ARTE. The producers from France (Julie Viez, Cinenovo), Luxembourg (Donato Rotunno, Tarantula) and Germany (Fabian Gasmia, DETAiLFILM) will be talking about their collaboration on the film Harka which will celebrating its world premiere in Un Certain Regard. ARTE commissioning editors Claudia Tronnier, Barbara Häbe, Birgit Kämper, and Holger Stern will take part. The issue of adopting a green approach to production will be addressed by Véronique Pevtschin, Max Hermans and David Ragonig from the company The GreenShot in a session moderated by Marit van den Elshout, film industry consultant and Head of Studies for the New Producers Academy

In addition, EFP will be hosting EUROPE! MEETS THE ARAB WORLD together with the Arab Cinema Center (ACC). 15 former PRODUCERS ON THE MOVE will meet with the top 15 producers from Arab countries.

Meet this year’s PRODUCERS ON THE MOVE on Monday, 23 May from 17.30. For more information, please contact producers@efp-online.com.