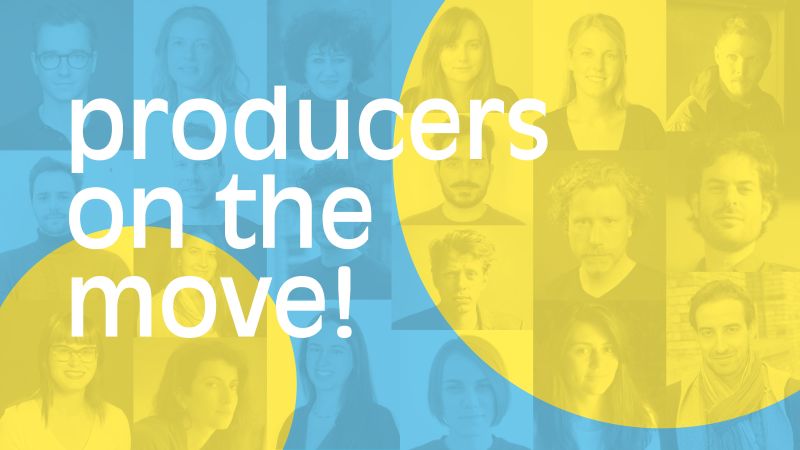 European Film Promotion (EFP) and its member organisations are delighted to announce the 2022 line-up for EFP PRODUCERS ON THE MOVE. Twenty of the most promising, up-and-coming European producers have been selected to take part in EFP's high-profile hybrid promotion and networking platform before and during the Festival de Cannes (May 17 - 28, 2022).

This exclusive group will take part in a tailor-made hybrid programme in order to foster international co-productions, intensify the exchange of experiences and help create new professional networks. The Pre-Festival online programme, which started yesterday and runs until 5 May, includes 1:1 speed meetings, roundtables and pitching sessions. Producers will then meet personally during the Festival de Cannes from 19 to 23 May and take part in a five-day on-site programme including case studies, social events and an extensive promotional campaign via the international trade magazines.

Some of the selected producers will be presenting their films at this year's Festival de Cannes such as Janine Teerling,  Andrea Berentsen Ottmar and Diana Păroiu whose dramas Mediterranean Fever by Maha Haj, Sick Of Myself by Kristoffer Borgli and All the People I’ll Never Be by Davy Chou are screening in Un Certain Regard. Meanwhile, Derk-Jan Warring’s co-production of The Woodcutter Story by Mikko Myllylahti will be presented in the Critics’ Week at Cannes. Other participants of this year’s Producers on the Move programme have already been involved in the production of films by multi-award-winning and renowned directors:  Jakub Viktorín co-produced Agnieszka Holland‘s Spoor and Sergei Loznitsa's State Funeral, while Katya Trichkova was involved in three films by Stephan Komanderev, and  Evelin Penttilä  produced Hit Big by J-P Valkeapää.

Some of the producers also focus on debut films: for example, Ioanna Bolomyti produced Sonia Kenterman’s multi-award-winning Tailor and Assiminia Proedrou’s debut Behind The Haystacks, while Alessandro Amato was behind  Maura Delpero’s award-winning first feature Maternal. Meanwhile, Felipe Lage Coro is now developing  Feyrouz Serhal’s debut feature I Am Here But You Can‘t See Me.