an eye on european films at the sundance film festival 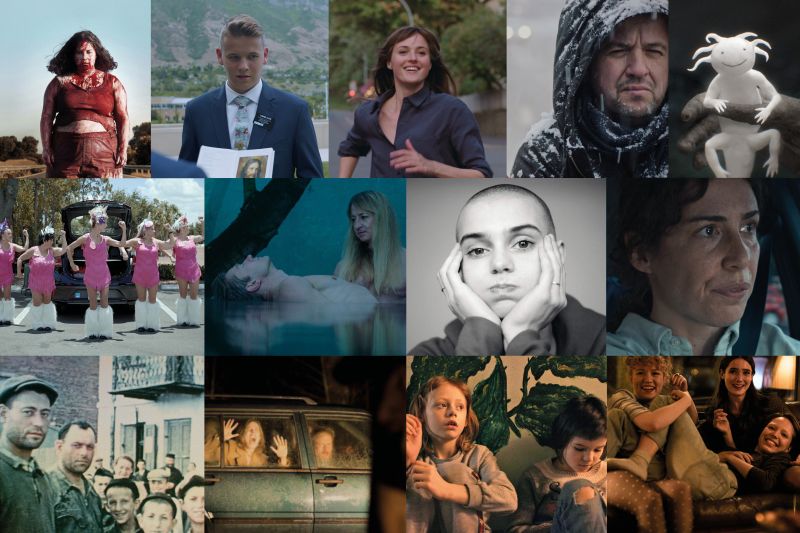 “After a successful start last year, we are thrilled to continue our ongoing cooperation with Sundance in 2022. It's another online warm-up for our much-anticipated physical EUROPE! Hub, which we hope will finally be held on-site in 2023. We would like to thank the Sundance team and are looking forward to boosting the visibility for European films and their outstanding talent at one of the most important North American film festivals“, says EFP Managing Director, Sonja Heinen.

With her third feature film, Girl Picture, Finnish director and writer Alli Haapasalo continues with her passion for telling strong female-driven stories. The film about three friends on the brink of adulthood, shifting between love and desire, will be screened in World Cinema Dramatic Competition. Gentle (Hungary, Germany) by Anna Nemes & László Csuja about bodybuilder Edina who, together with her life partner and trainer Adam, is willing to sacrifice everything for her dream of winning the “Miss Olympia" title is also competing.

The Danish-Swedish-Finnish-Ukrainian documentary, A House Made of Splinters by Simon Lereng Wilmont follows a small group of determined social workers in Eastern Ukraine who tirelessly strive to create a safe haven for children in a special kind of orphanage near the frontline. In her first feature-length documentary The Mission (Finland) Tania Anderson portraits four American teens working as missionaries in Finland. Steadfast in its commitment to their perspectives, this film reveals the individuals behind the suits and nametags that have come to signify the work of Mormon missionaries globally. Further entries in World Cinema Documentary Competition are Nothing Compares by Kathryn Ferguson (Ireland) about the phenomenal rise to fame of Irish singer Sinead O'Connor between 1987 and 1992 as well as Maria Loohufvud’s and Love Martinsen’s Calender Girls (Sweden) about Florida's most dedicated dance team for women over 60.

The line-up of European productions in Spotlight includes Bianca Stigter’s Three Minutes – A Lengthening  (The Netherlands) which transports amateur footage of 1938 by David Kurtz of a Jewish community in Nasielsk, Poland, into an impressive contemporary document. The section also shows The Worst Person in the World by Joachim Trier, Norwegian entry for Best International Feature Film at the 94th Academy Awards; the film stars Renate Reinsve who won Best Actress in Cannes.

In her film Piggy (Spain), Carlota Pereda uses horror as a means to explore fear and vulnerability of a tormented and bullied teenager, while Christian Tafdrup’s Speak No Evil (Denmark), both running in the Midnigh section, turns a holiday friendship between two families into a nightmare.

The short film programme features Love Stories on the Move (Romania) by Carina Gabriela Dasoveanu about taxi driver Lili who is inspired by the love stories of her passengers to save her own relationship, the animation film Zoon by Jonatan Schwenk (Germany) about a group of axolotls pursuing lustful games as well as the Samir Karahoda’s second short film Displaced (Kosovo*) that blends absurdist comedy, societal tragedy and documentary-quality anecdotes about the fortunes of a ping-pong club from Prizren, Kosovo and the struggle of the two men to keep it going.