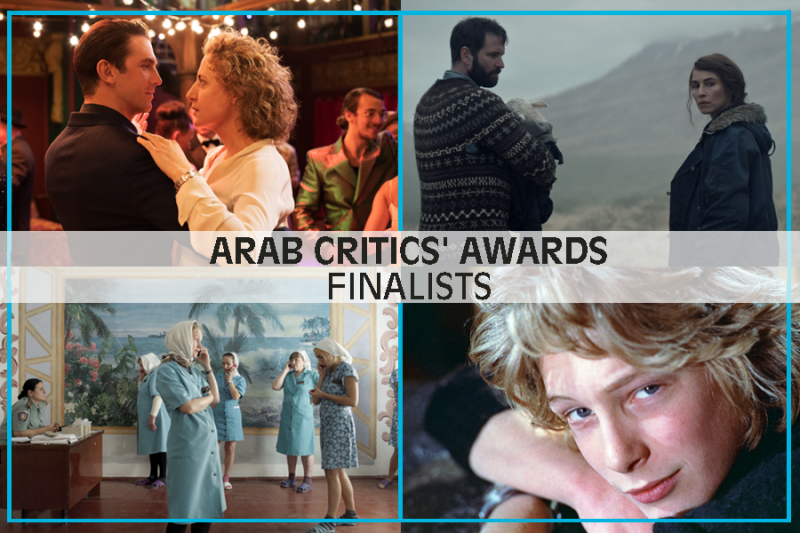 This year's finalists: I'M YOUR MAN, LAMB, 107 MOTHERS, THE MOST BEAUTIFUL BOY IN THE WORLD

The shortlist for this year's Arab Critics’ Awards for European Films, launched by European Film Promotion (EFP) and the Arab Cinema Center (ACC), has been announced: the finalists from a total of 26 submitted European films include the three Oscar entries in the Best International Feature Film category from Germany, Slovakia and Iceland - I'm Your Man, 107 Mothers and Lamb - as well as the Swedish documentary film The Most Beautiful Boy in the World, nominated for the European  Film Awards (European documentary).The winning film will be awarded at the Cairo International Film Festival in a gala ceremony on 1 December.

Based on a true story, director Peter Kerekes’ 107 Mothers centres on Lesya, who has just had her first child and been sentenced to seven years in prison for the murder of her husband. In the Ukrainian women's prison, the inmates are allowed to serve their sentence together with their children until they are three years old. 107 Mothers, a co-production between Slovakia, the Czech Republic and Ukraine, celebrated its world premiere at the Venice Film Festival and was awarded the main prize at Germany’s Film Festival Cottbus, among others. The film was selected as the Slovak entry in the Best International Feature Film category at the 94th Academy Awards.

I'm Your Man focuses on the relationship between a woman and a humanoid robot. The melancholic comedy by Unorthodox director Maria Schrader earned Maren Eggert the Silver Bear for Best Actress at this year's Berlinale. Other awards and nominations include four German Film Awards and a nomination for the European Film Award. In addition, I'm Your Man was selected as the German entry for this year's Oscar in the Best International Feature Film category.

Lamb by Valdimar Jóhannsson was awarded the Un Certain Regard’s prize for originality in Cannes. Noomi Rapace and Hilmir Snaer Gudnason star in the story of a childless couple in rural Iceland who one day make a disturbing discovery in their sheep barn with unforeseen consequences. The Icelandic-Swedish-Polish co-production is flying the flag for Iceland at this year's Oscars for Best International Feature Film and recently delivered the highest opening weekend for an Icelandic release in North America.

The documentary and European Film Awards nominee The Most Beautiful Boy in the World by Kristina Lindström and Kristian Petri tells the story of the Swedish actor Björn Andrésen, who - at the age of fifteen -  played the role of Tadzio in the film adaptation of Thomas Mann's novel "Death in Venice" by Italian director Luchino Visconti. The role earned the Swedish actor much admiration. The film portrays the now 66-year-old actor and musician and deals with his overwhelming early fame and his often difficult life since then.

"The first step has been taken - 71 Arab film critics from 15 Arab-speaking countries have chosen the four finalists. This is already a great distinction for these films and their directors. We are really grateful to the film critics for watching all 26 nominated films from throughout Europe, and delighted that our partnership with the Cairo International Film Festival and the Arab Cinema Center is continuing and offering an opportunity to make European films visible in the Arab world", says EFP Managing Director Sonja Heinen.

Mohamed Hefzy, President of the Cairo International Film Festival and his team has been "pleased to present the Arab Critics' Awards for European Films during the Cairo International Film Festival in previous years. It's our pleasure to continue doing this for the third consecutive year since it is in keeping with one of the festival's primary objectives, that is to introduce the audience to the best of international cinema production", and Ola Al-Sheikh, manager of the Arab Critics’ Awards for European Films, adds: "We are now in the semi-final stage of the Arab Critics’ Awards for European Films in which several quality films are competing, the thing that left us, the critics, in total confusion. Despite the coronavirus pandemic, this year features some prolific films, and it is as if they want to bring us back to our normal life by assuring us that cinema will remain and continue."

Seventy one of the most prominent and influential Arab film critics from 15 Arab-speaking countries decided on their top four favourites from 26 nominated films submitted by the European national film institutions – EFP’s member organisations - before announcing the winning film at the Cairo International Film Festival (CIFF) on 1 December.

he Arab Critics’ Award for European Films was launched in 2019 by EFP and ACC. It is a spin-off from the ACC’s now well-established Critics' Awards to boost film diversity in the region and raise the interest of sales and industry for outstanding European films. This initiative also aims to cast light on the distinguished film critics from 15 Arab-speaking countries and their important role in opening up new perspectives and bridging cultural idiosyncrasies. In 2019, the film God Exists, Her Name is Petrunya by Teona Strugar Mitevska won the first Arab Critics’ Award for European Films. In 2020, the award was given to the film Undine by Christian Petzold.