°efp is delighted to announce the third edition of the arab critics' award: 26 european films in the running 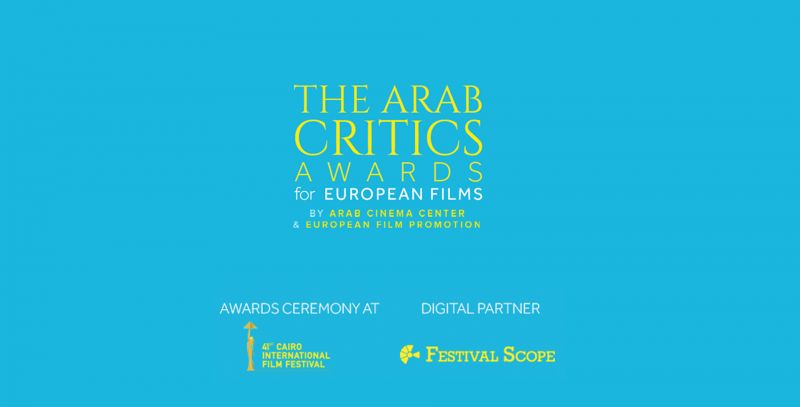 A total of 26 European films are competing for the Arab Critics' Award for European Films, which is being jointly announced by Euopean Film Promotion (EFP) and the Arab Cinema Center (ACC) for the third time.

This year, 71 of the most prominent and influential Arab film critics from 15 Arab-speaking countries - 13 more than last year - will first decide on their top three favourites from nominations submitted by the European national film institutions – EFP’s member organisations - before announcing the winning film during the Cairo International Film Festival (CIFF) at the end of November.

The Arab Critics’ Awards for European Films was launched in 2019 by EFP and ACC. It is a spin-off from the ACC’s now well-established Critics' Awards to boost film diversity in the region and raise the interest of sales and industry for outstanding European films. This initiative also aims to cast light on the distinguished film critics from 15 Arab-speaking countries and their important role in opening up new perspectives and bridging cultural idiosyncrasies. In 2019, the film God Exists, Her Name Is Petrunya by Teona Strugar Mitevska won the first Arab Critics’ Award for European Films. In 2020, the award was given to the film Undine by Christian Petzold.