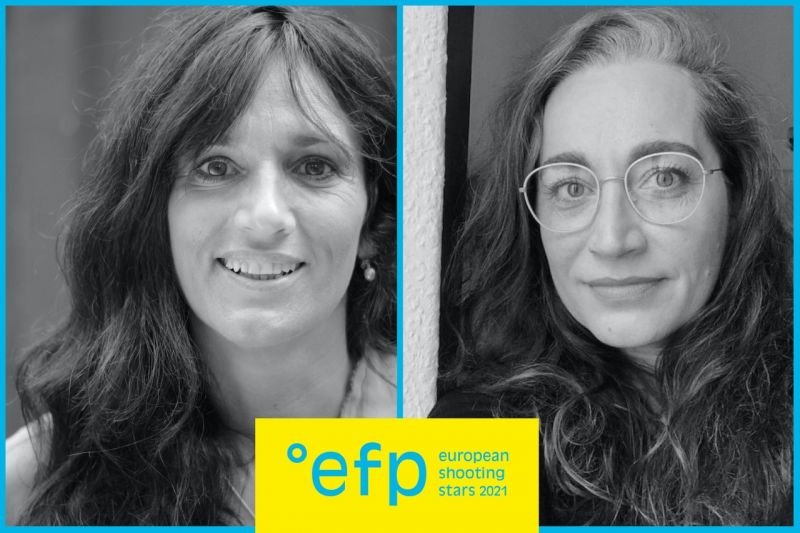 After 22 years, Karin Dix is now passing the baton for the project director of EUROPEAN SHOOTING STARS to Magdalena Gorgieva. Karin has worked for EFP since 1999 and also been active as a producer and international distributor for theatre productions.

EUROPEAN SHOOTING STARS is one of EFP’s flagship programmes - a springboard for actors which was established and developed by Project Director Karin Dix from the very outset of the venture. It began in 1999 as a political statement to support European films by presenting the faces behind the roles on the screen. Over the years, it has become an internationally renowned showcase for up-and-coming acting talent, promoting the actors to the international press, industry and public, and connecting them with casting directors and producers from all over the globe.

“I was lucky to be able to work during the ‘golden years’ of the programme and realise a vision,” says Karin Dix. “We presented over 400 actors and actresses, initiated the International Casting Directors Network in 2003 and expanded it to more than 70 members by 2018. My personal thanks goes to the participating talent agents, the casting directors, the various directors of the Berlinale who gave us the opportunity to stage the event during the festival, and to all the cooperation partners for their continued loyalty and support of the programme. My love goes out to all the Shooting Stars presented in Berlin and elsewhere. You were the best ambassadors for the programme's original idea. It was a real pleasure to work with you all.”

The new Project Director is Magdalena Gorgieva who will take up the post in October. She previously worked at the Berlinale from 2010 to 2019 as a key account manager in the festival's sponsorship department. Her professional expertise and experience include project & event management, the development of strategic concepts & workflows, and PR & marketing strategies. In addition, she has experience of working as a production assistant for Zero One Film Berlin, the DFFB, and K37 Produktion in Berlin. “Coming from the Berlinale and knowing the Shooting Stars for so long, it’s a wonderful and great opportunity for me to not only contribute my experience to this prestigious programme, but also to create and develop new strategies and collaborations, and to address the challenges and needs of the changing industry. In my opinion, challenges always offer a way to new and exciting opportunities, and I am looking forward to being part of this adventure.”

The next round of preparations for European Shooting Stars has already started: Each year, up-and-coming actors from all over Europe – those who have already made a name for themselves in their home countries – are nominated by the EFP member organisations to take part in the prestigious programme. A jury of industry professionals selects the 10 most interesting and internationally versatile talents to be introduced to the press, industry and public at the Berlin International Film Festival. This year's call has already been sent out. The criteria for Shooting Stars were adjusted last year. For reasons of diversity and inclusion, there is no longer any strict age limit, although Shooting Stars still aims to introduce up-and-coming actors. However, the criteria for the films with which the actors are nominated have changed. The films must be new or upcoming in order to be able to promote the films and talents beyond the programme in Berlin. They must either have had their world premiere at a festival or their national release from 6 March, 2021 onwards (i.e. after EFM 2021), or be a work-in-progress for release during 2022.