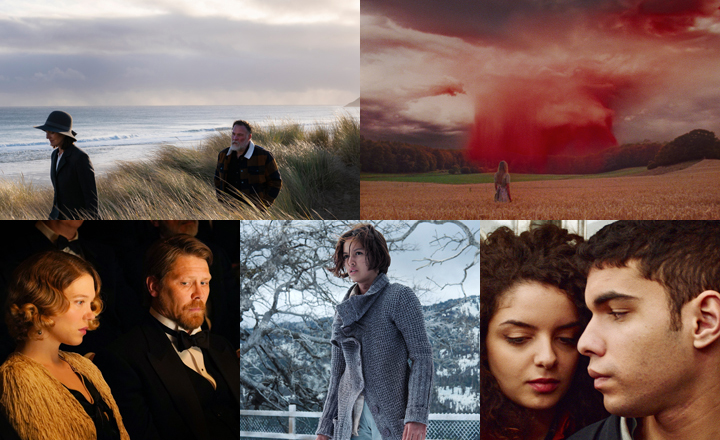 The new application year for Film Sales Support (FSS) starts with the Toronto International Film Festival (9 - 18 September). Five European films and their sales companies benefit from this unique financial incentive which supports the creation of promotional campaigns for overseas distributors and buyers.

All supported films have been officially invited to the Toronto International Film Festival and are running in different sections: The Daughter by Manuel Martín Cuenca (Spain/ Film Factory Entertainment) and Nobody Has To Know by Bouli Lanners (Belgium, UK, France/ Playtime) in »Contemporary World Cinema«, As In Heaven by Tea Lindeburg (Denmark/ LevelK) in »Discovery«, The Story Of My Wife by Ildikó Enyedi (Hungary, Germany, Italy, France/ Films Boutique) in »Special Presentations« and A Tale Of Love And Desire by Leyla Bouzid (France/ Pyramide) in »TIFF Industry Selects«

With the support of FSS, the sales companies initiate various digital promotional campaigns, including digital screenings, adaptable online packages for distributors, e-readers, targeted newsletters, social media campaigns and even physical "off-shore" screenings in Tokyo and London that offer buyers and international journalists the possibility to see the film on a big screen in a time when they are not able to travel personally to Toronto.

With Film Sales Support (FSS), EFP backs the marketing campaigns of European world sales companies targeting countries outside of Europe. Thanks to the support of Creative Europe, the FSS programme has been able to adapt quickly and flexibly to the respective market situation during the pandemic with an open funding model (FFS Open Call). It is now returning to a model based on films selected by international festivals and markets. Two strands are offered, depending on whether the festival / market takes place physically or online: FSS Classic and FSS Digital.