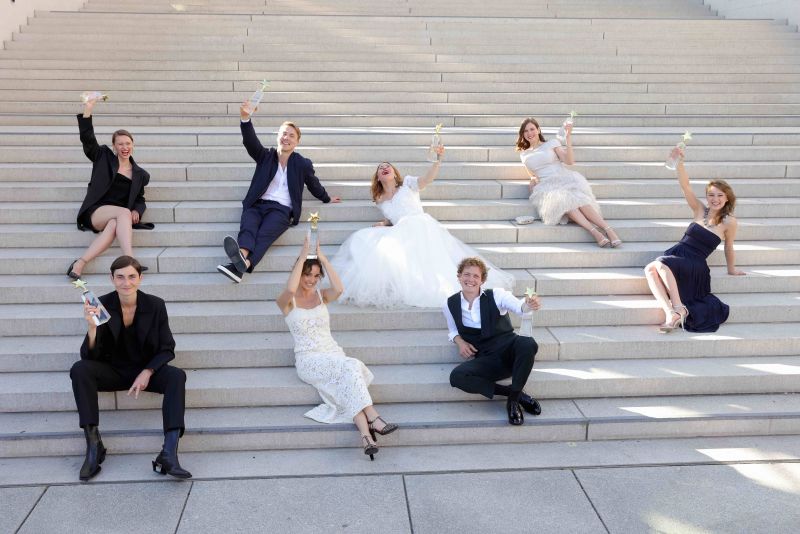 Tonight the EUROPEAN SHOOTING STARS of 2021 were welcomed on the outdoor cinema stage especially built for the Berlinale Museum Island. Patron Maren Eggert and leading actress of the Silver Bear award-winning film, I'm your Man by Maria Schrader, presented the European Shooting Stars Award to the lucky winners.

In February, EFP had introduced the ten emerging European actresses and actors to the film industry and public and international press as part of a three-day online programme. With the physical award ceremony taking place during the Berlinale Summer Specials in the presence of Festival Directors Mariette Rissenbeek and Carlo Chatrian as well as Monika Grütters, German Minister of the State for Culture and the Media, reuniting eight of the ten talents, EFP's Shooting Stars project is coming to a glamorous end. It is the longest-standing and most prestigious initiative promoting European acting talent.

Interviews with this year’s EFP SHOOTING STARS are published on the website of the programme’s media partners: Cineuropa and HeyUGuys. The kick-off show can be watched again here.