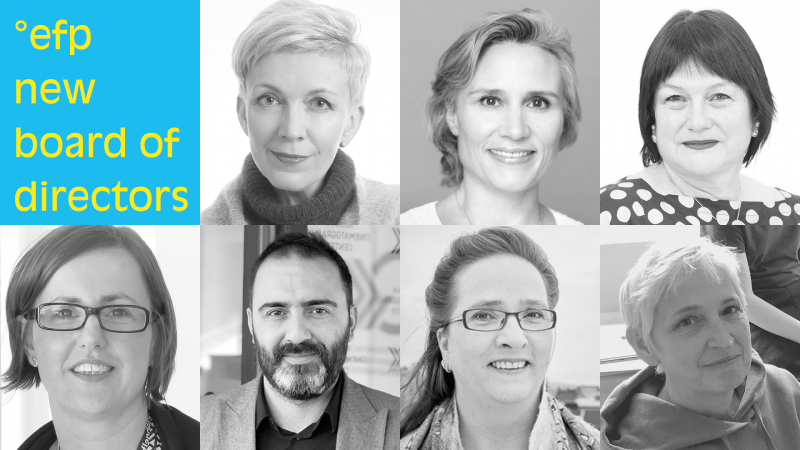 The 37 member countries of EFP (European Film Promotion) elected a new Board of Directors at today’s online General Assembly. The Board is composed of seven members, with their term of office lasting for two years.

Three of the members are newly appointed to the board: Eda Koppel, Head of Marketing Estonian Film Institute, Daniela Elstner, Executive Director UniFrance, and Simone Baumann, Managing Director German Films. Returning to the board are Markéta Šantrochová (Head of Czech Film Center, division of the Czech Film Fund) serving as President, Stine Oppegaard (Manager International Relations Feature Films, Norwegian Film Institute) as Vice President, both continuing in their office on the board, as well as Arben Zharku (Director of Kosovo Cinematography Center) and Briony Hanson, Director of Film, British Council.

“The past 14 months have been challenging for the film industry and EFP.  Together with my colleagues on the board and all the members from the 38 different national film institutes, we managed to stand together and pool the individual knowhow of all our European colleagues. That was of fundamental importance for each one of us during this difficult period with the pandemic, it gave us all a greater sense of stability and showed us ways of being able to develop common solutions to ‚master‘ the situation.” says EFP’s re-elected Board Member and President Markéta Šantrochová: “By launching our regular EUROPE! CALLS last May, the network showed the agility of its response in meeting once a week with sales companies, distributors, key representatives of international festivals and markets and other industry professionals from around the globe to exchange ideas and discuss strategies on how to manage the current crisis to better support the European films and talents.” She adds “All this and EFP’s ongoing programmes like Shooting Stars, Producer on the Move, Films Sales Support had been brought to life by EFP’s team led by Managing Director Sonja Heinen.“