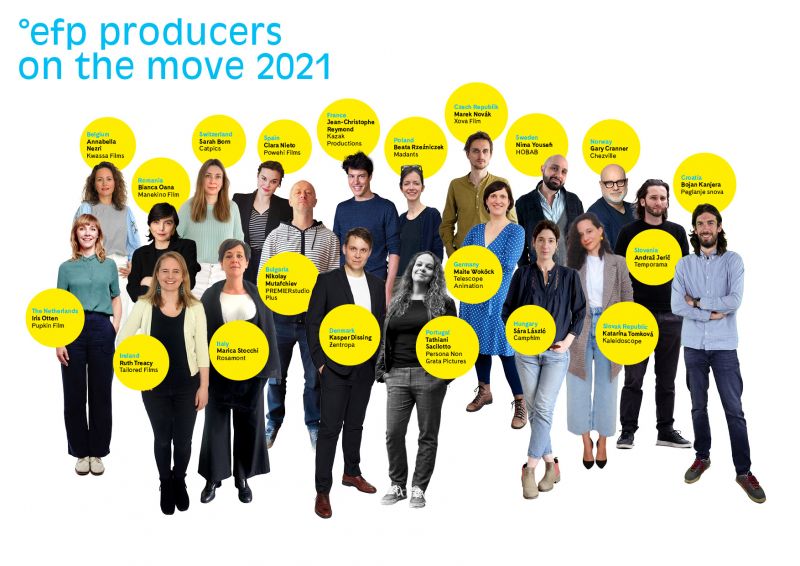 The programme of one-to-one meetings, small group talks, a case study and presentations also featured such new elements as publictalks with sales companies, international funds and co-production markets as well as an exclusive meeting with international festival directors.

The 20 Producers on the Move had 300 individual meetings with producers and sales companies as well as meetings with funds, co-production markets and festivals. A dedicated online promotion campaign and individual interviews on a national and international level also put the participants firmly in the spotlight.

"It was a pleasure to have such a prolific group of very talented, strong and cool producers in our programme this year. We could feel a true group vibe building up over the programme's five days. And now everybody can't wait to meet each other in person. Hopefully, we'll be able to do this in Cannes," says EFP's Managing Director Sonja Heinen.

The three high-profile public online talks – dedicated to an audience of producers – covered such topics as "Which Films Still Travel" looking at the current situation of sales companies after the short shock triggered by the pandemic. "Meeting New Funding Criteria" addressed practical questions for producers on how to meet new diversity and sustainability requirements now being demanded by funds. The question of "Which Co-Pro Market for my Project" was discussed during the third talk.

The talks have since been watched by 1,300 viewers. They are still available online on EFP's YouTube channel.