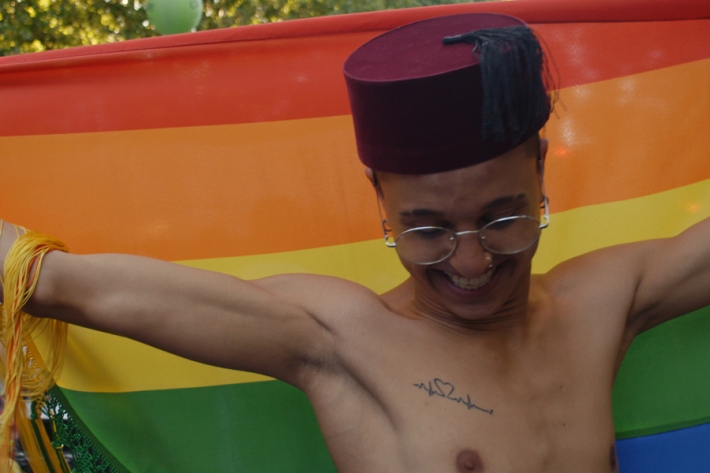 Displacement, new homelands, the culture of remembrance and politics of personal identity, love, music and trees are among the topics of the fourth edition of THE CHANGING FACE OF EUROPE. The programme, curated to showcase new European voices and timely stories about the world we live in, is presented by EFP (European Film Promotion) in collaboration with Hot Docs – Canadian International Documentary Festival, taking place online from 29 April - 9 May 2021.

The CHANGING FACE OF EUROPE features 10 outstanding new European documentaries – including two World Premieres, one International Premiere and four North American premieres – selected by the festival from submissions made by the national film institutes, who are members of EFP. This year's selection also spotlights the presence of works by women who have directed six of the 10 films in the programme.

“Once again, Hot Docs is excited to partner with EFP to present a selection of documentaries offering fresh perspectives and engaging stories that give us glimpses of a Europe in transition,” said Shane Smith, director of programming for Hot Docs. “The program also introduces us to the talent behind the camera - skilled filmmakers destined to make their mark on the documentary world.”

“Many thanks to Hot Docs for giving us the opportunity to highlight the power and diversity of European documentary filmmaking and to provide an impressive array of opportunities for our filmmakers to connect with the North American industry”, says EFP Managing Director Sonja Heinen.

In addition to festival screenings and access to a comprehensive industry programme, the directors and producers of the films in THE CHANGING FACE OF EUROPE will be matched with key distributors, buyers and festival programmers via virtual one-to-one meetings arranged by EFP. EFP's initiative is supported by the Creative Europe – MEDIA Programme of the European Union and the participating EFP member organisations.

In Welcome to Spain the multi-award-winning Spanish director Juan Antonio Moreno Amador followed a group of refugees who were lodged in a former brothel in Seville for over two years. With great empathy, he attends to the people who are forced to build a new life and a new culture in Europe and he shows how they reflect the Spanish way of life. Zdenka from the Czech Republic and Tabish from Pakistan met online and for more than five years they have been living a marriage via Skype, as the authorities keep rejecting Tabish's visa. In the second World Premiere, A Marriage, Czech documentary filmmaker Kateřina Hager and Pakistan Emmy award-winning cinematographer and filmmaker Asad Faruqi tell the story of two lovers who never tire of fighting for their love across internal and external borders. The girls of a basketball team are encouraged and challenged by their coach and reach best performances. The girls become more self-confident, the training is controversial. In Raise the Bar, celebrating its International Premiere at Hot Docs, Icelandic director Guðjón Ragnarsson questions equality in sport and society. For her documentary debut Fatih and Branko Serbian director Catherine Harte spent seven years with this English accordionist Fatih and Roma violinist Branko, who fell in love, got married and make music together. In Toronto the intimate portrait of an unusal relationship celebrates its North American premiere. The lockdown and sudden emptiness of Italy's tourist hotspot Venice is the setting for Andreas Segres's documentary collage Molecules about his relationship to his dead father. With old Super 8 films and a letter he once wrote to his father, old memories are awakened and brought to reconciliation. In Eatnameamet – Our Silent Struggle Finnish director Suvi West reveals multiple colonial acts done by the State of Finland towards the Sámi people and portrays them fighting for their existence. The New Plastic Road, Greek directors Angelos Tsaousis and Myrto Papadopoulou show the economic and social changes brought about by the opening of the Tajik-Chinese border and the reconstruction of the old Silk Road. The film focuses on theTajik merchant and family father Davlat. For his film debut, A Black Jesus, produced by Wim Wenders, Palermo-born and Berlin-based filmmaker Lucca Lucchesi returns to his father's home village. Here in Sicily, the new realities of life with refugees clash with religious customs. For centuries, the people of the small town have worshipped the statue of a black Jesus. The film challenges the inhabitants to question their own identity. In the documentary Seyran Ates: Sex, Revolution and Islam, the Norwegian filmmaker Nefise Özkal Lorentzen follows Seyran Ates on her journey to the roots of extremism. The German lawyer, Muslima and feminist has been fighting for the modernisation of Islam for years. A rich man in Georgia uproots giant trees in order to replant them in a park. Georgian filmmaker Salomé Jashi observes the project and documents in her Sundance and Berlinale entry Taming the Garden the power of a single man and his intervention in nature.

Hot Docs, North America's largest documentary festival, conference and market, is a not-for-profit organization dedicated to advancing and celebrating the art of documentary and to creating production opportunities for documentary filmmakers. Hot Docs will present its 28th annual edition online from April 29-May 9, 2021, during which a full roster of industry conference sessions, market programs and networking events will be held for Canadian and international delegates, including the renowned Hot Docs Forum, Hot Docs Deal Maker, Distribution Rendezvous and The Doc Shop. Year-round, Hot Docs supports the Canadian and international industry with professional development programs and a multi-million-dollar production fund portfolio, and fosters education through documentaries with its popular free program Docs For Schools. Hot Docs owns and programs the Hot Docs Ted Rogers Cinema, a century-old landmark located in Toronto's Annex neighbourhood and the world's first and largest documentary cinema, and operates Hot Docs at Home streaming platform.