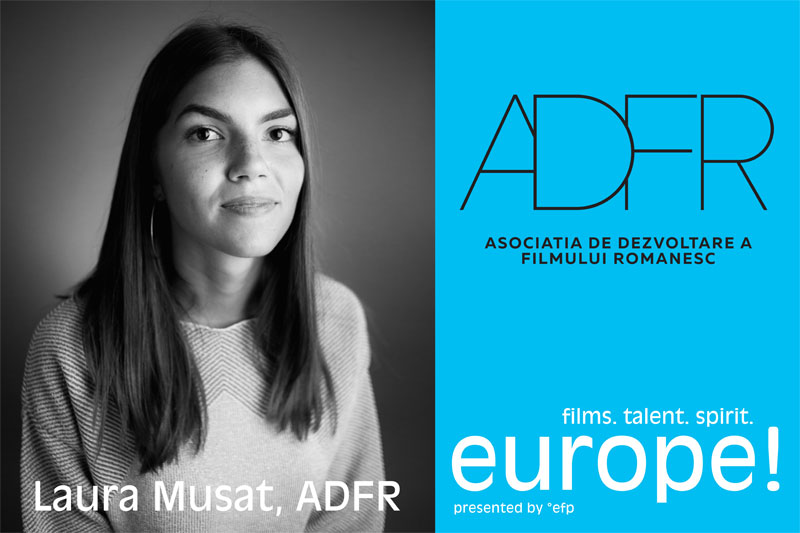 "We are so thrilled to be part of the EFP family!“ states Laura Mușat, founder of ADFR. "Romanian cinema is one of the most acclaimed within Europe, so it's quite exciting to be back here. We want to keep contributing to our local cinema industry, and we are looking forward to our amazing talents benefiting as much as possible from our collaboration with EFP.“

EFP President and Head of Czech Film Center Markéta Šantrochová is delighted that Romania has returned to the network and adds:  "Romania has always been a valuable partner within the EFP network, bringing very strong talent into our programmes. We are happy to welcome ADFR as new representative to join us in strengthening the European film industry in its artistic diversity.”

Being the home of internationally acclaimed directing talent of such award-winning filmmakers as Radu Ciorniciuc and Ruxandra Ghitescu with their latest projects Acasa/ My Home (Romania, Germany, Finland) and Otto the Barbarian (Romania, Belgium) next to directors like Cristian Mungiu (4 Months, 3 Weeks and 2 Days, Graduation), Calin Peter Netzer (Child's Pose, Ana, mon amour) and producers like Ada Solomon, Oana Giurgiu, Anamaria Antoci or Anca Puiu, Romania underscores its reputation as a vibrant country in the European film industry. The works in progress titles by such talented newcomers as Monia Stan and George Chiper Lillemark’s  Immaculate and Octav Chelaru’s Balaur signal the consolidation of Romania's position in the future.

Romanian Film Development (ADFR) was launched at the beginning of 2017 as a non-governmental association with the aim of supporting the development and prominence of Romanian cinema. Since then, ADFR has contributed to the creation of diversity within the Romanian film industry by devising programmes that will help the local industry to develop into a strong global contender. During the COVID-19 pandemic, ADFR also launched a call for micro-grants for industry professionals in order to help them get through the state of emergency.  Romanian Film Development follows in the footsteps of Romanian Film Promotion, the country's former EFP member organisation.