ten european works in progress to discover at afm 2020 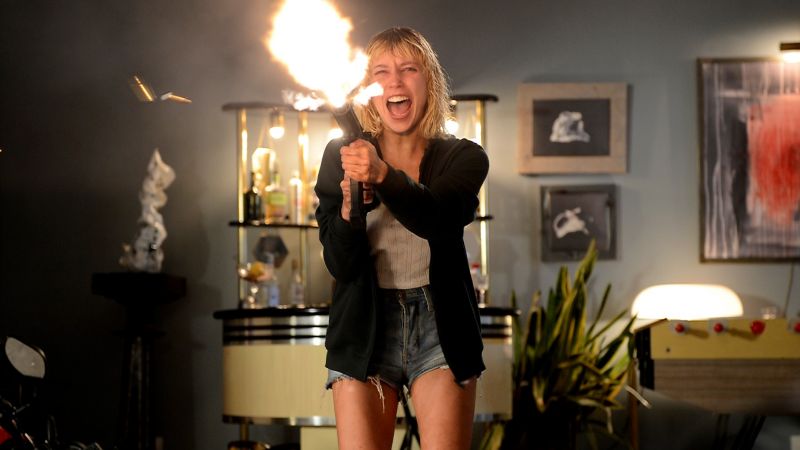 The Italian-Brazil coproduction A BUNCH OF BASTARDS by Gabriel Albanesi

EFP (European Film Promotion) is putting a major spotlight on European cinema by showcasing 10 European films in post-production at the upcoming American Film Market (9- 13 November, 2020) which will be held online this year.

This year's works include the Italian-Brazilian co-production A Bunch of Bastards by Gabriel Albanesi, which marks his return to the Italian genre film. Azor by Andreas Fontana (Switzerland, Argentina, France) is the portrait of a Swiss banker embroiled in the political turmoil of the military dictatorship in Argentina. Juanma Bajo Ulloa, Stefano Lodovichi and Frida Kempff focus on women in extreme situations in their three psychological thrillers from Spain, Italy and Sweden respectively: in Baby, a drug addict wants to get her newborn child back; in The Guest Room, a stranger prevents the protagonist's suicide and confronts her with her own past; and in Knocking , a lonely woman recovering from a tragic loss doesn't know where the knocking sounds in her flat are coming from. Anders Thomas Jensen's Riders of Justice (Denmark), starring Mads Mikkelsen and Nikolai Lee Kaas, is both a thriller about a tragic train accident and possible assassination, and also a modern fable about the meaning of life. Malachi Smyth's feature debut The Score, starring the British singer-songwriter and actor Johnny Flynn, is a combination of heist movie and musical. Another debut feature is the German-Belgian co-production Tailor by Sonia Liza Kenterman about a Greek tailor who reinvents himself with a new business idea. Two films for a younger audience include the animated feature film from Norway, Christmas at Cattle Hill by Will Ashurst, about the young city cow Klara who is excited to spend her first Christmas on her father's farm, and the Belgian fantastic a dventure film The Ghastly Brothers by Michael Van Ostade about the little dark monster in all of us.

The European presence at the AFM is rounded off with the following 10 new completed titles that recently celebrated their premieres at festivals such as Venice, San Sebastian, Rome and Hamburg: Cortex by Moritz Bleibtreu (Germany), The Flood Won't Come by Marat Sargsyan (Lithuania), God You're Such a Prick by André Erkau (Germany), Marygoround by Daria Woszek (Poland) NIMBY (Not In My Backyard) by Teemu Nikki (Finland), The People Upstairs by Cesc Gay (Spain) The Pit by Dace Puce (Latvia, Finland), The Saint of the Impossible by Marc Raymond Wilkins (Switzerland), The Scary House by Daniel Geronimo Prochaska (Austria), and Tigers by Ronnie Sandahl (Sweden, Italy, Denmark).

EFP will also be hosting a panel entitled "Europe! How to Co-produce Between the US and Europe" (9 November, 2020, 8-9 am PST; 5-6 pm CET) with former Producer on the Move, Klaudia Smieja-Rostworowska, producer, founder of Madants & NEM Corp. Poland, and D.J. Gugenheim, producer and President of Andrew Lauren Productions USA (e.g. High Life by Claire Denis). EFP managing director Sonja Heinen will moderate the discussion.