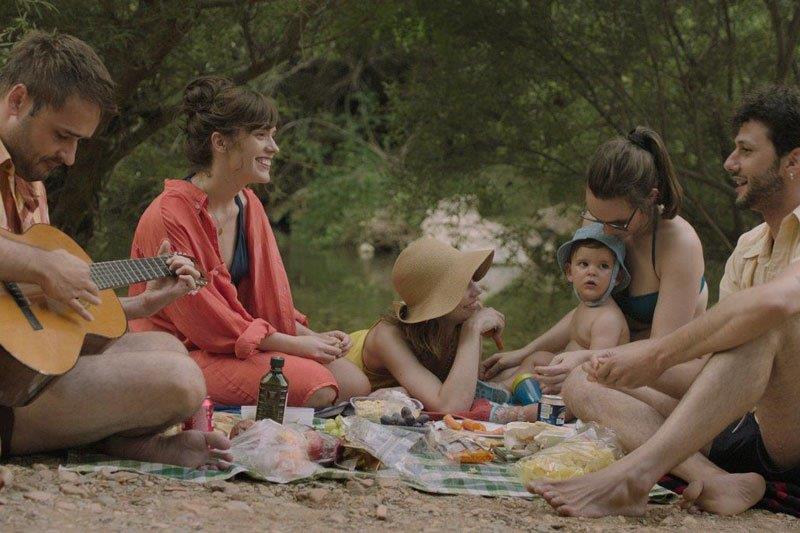 EFP (European Film Promotion) has been overwhelmed by the rising demand for this year's virtual EUROPE! UMBRELLA at the FILMART in Hong Kong. 40 European sales companies from 12 European countries will be presenting their latest films at one of Asia's most important film markets, which will take place online from 26 – 29 August this year due to the coronavirus pandemic.

Pluto Film from Germany will be presenting All the Pretty Little Horses by Michalis Konstantatos, which is in competition at this year's Sarajevo Film Festival. Ben Hania's latest film The Man Who Sold His Skin, selected for the Venice International Film Festival’s Orizzonti section, is part of the French company Bac Films' line-up. Another two films in this year's Venice International Critics' Week are being presented by the Italian sales company Intramovies (Thou Shalt Not Hate by Mauro Mancini) and France's MPM Premium (Ghosts by Azra Deniz Okyay). Notturno by Gianfranco Rosi has been selected for the Toronto International Film Festival's "Masters“ section and will be presented by The Match Factory. The winner of the Cristal Award at this year's Annecy Online Film Festival, Calamity, is being promoted by Indie Sales. Other hot titles from this year's Berlinale line-up that are being brought to buyers' attention at the Asian market include Charlatan by Agnieszka Holland (Germany/Films Boutique), Curveball – A True Story. Unfortunately by Johannes Naber (Germany/Arri Media) and Pari by Siamak Etemadi (Greece/Heretic).

Apart from the established companies Filmax (representing Cross the Line by David Victori) and Latido (representing Wishlist by Álvaro Díaz Lorenzo), another two sales companies from Spain will be participating in the EUROPE! UMBRELLA for the first time: Bendita Film Sales is promoting The August Virgin by Jonás Trueba, while Moonrise Pictures will be presenting The Offering by Ventura Durall. Other newcomers are Albatross World Sales/Germany, Filmdelights/Austria and New Europe Film Sales/Poland.

The virtual EUROPE! UMBRELLA at FILMART in Hong Kong is being supported by the Creative Europe – MEDIA Programme of the European Union and prominently backed by the EFP members  German Films, Danish Film Institute and ICAA – Instituto de la Cinematografía y de las Artes Audiovisuales (Spain). EFP will highlight and promote the European presence under one roof, completing its promotional activities via targeted mailings to professionals in Asia as well as social media campaigns. FILMART is the most important audiovisual trade fair in Hong Kong and Asia one of key destinations for the export of European films. 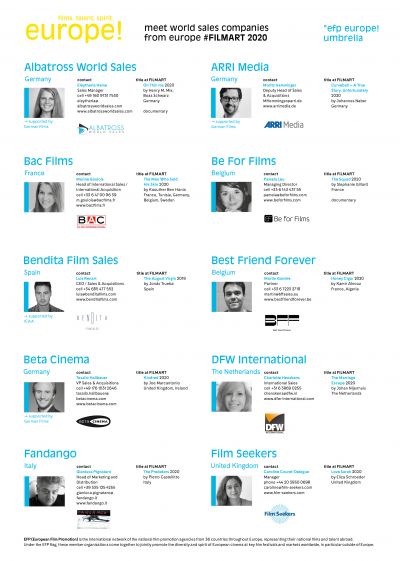