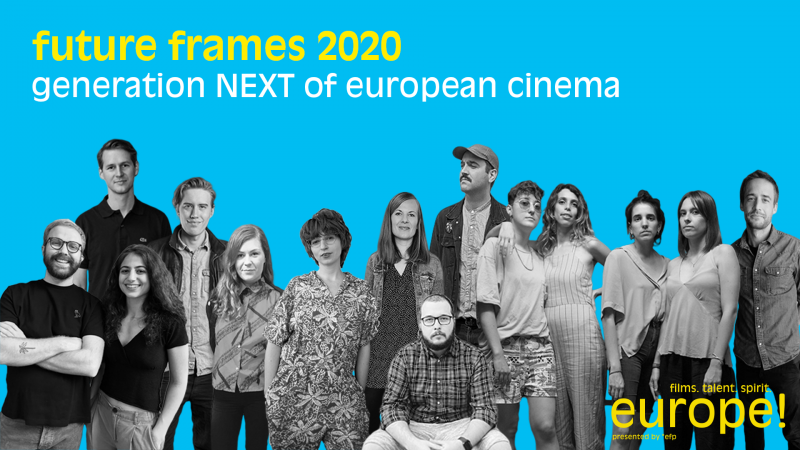 The up-and-coming European directors selected for EFP FUTURE FRAMES – Generation NEXT of European Cinema – will be taking part in the Industry Days (KVIFF Eastern Promises) of this year's Karlovy Vary International Film Festival (KVIFF) and an exclusive digital networking and promotion programme, including professional pitching training and meetings with short film programmers, which will run until 8 July, 2020.

A further highlight in the 10-day programme is set to be an inspirational talk given by the Swedish director Amanda Kernell who will be sharing her experiences and the tools for entering and surviving in the film business. Kernell has made numerous short films, including the award-winning Northern Great Mountain which was the template for her feature film debut Sami Blood. It deals with the racist experiences of a Sami woman in northern Sweden in the 1930s and their effects on the main character's later life. Her second feature film Charter celebrated its world premiere at this year's Sundance Film Festival.

EFP FUTURE FRAMES – Generation NEXT of European Cinema is supposed to be supported by the Creative Europe – MEDIA Programme of the European Union and presented by Festival Scope. Main media partner is Variety, further media partners are Cineuropa and Fred Film Radio.

Here is the selection for EFP FUTURE FRAMES 2020

Anatomy of a Czech Afternoon

Out of Pure Conscience

Karlovy Vary International Film Festival (KVIFF) is the largest film festival in the Czech Republic. It is one of the oldest A-list film festivals (i.e., non-specialized festivals with a competition for feature-length fiction films), a category it shares with the festivals in Cannes, Berlin, Venice, San Sebastian, Moscow, Montreal, Shanghai, and Tokyo. Among filmmakers, buyers, distributors, sales agents, and journalists, KVIFF is considered the most important event in all of Central and Eastern Europe.