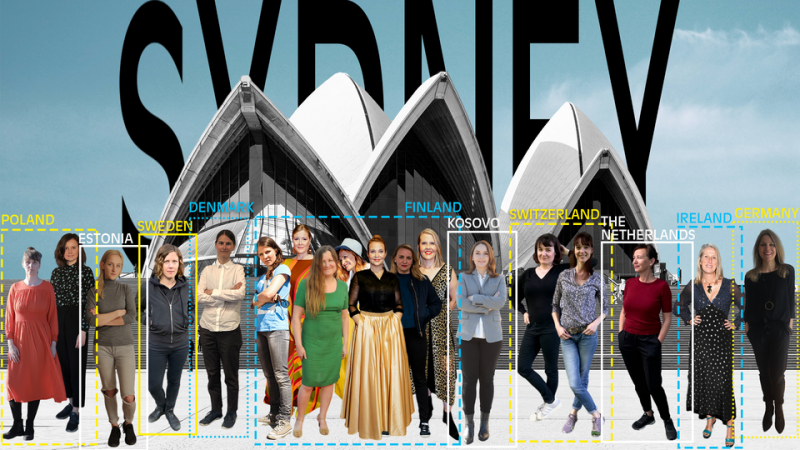 In its fifth year of cooperation between European Film Promotion (EFP) and Sydney Film Festival (SFF), the programme of EUROPE! VOICES OF WOMEN IN FILM has been given a special focus at this year's reduced digital festival edition. Ten selected European films and their outstanding women directors will be presented alongside otherwise exclusively Australian works at the 67th Sydney Film Festival: Virtual Edition and Awards from 10 to 21 June, 2020.

"We are thrilled that we will become an even more visible part of SFF in this challenging festival year. Our thanks go to SFF's festival director Nashen Moodley for giving us such great exposure within the programme as well as the final selection of films. This year's EUROPE! VOICES OF WOMEN IN FILM casts strong curatorial and thematic light on multiple gender issues and preconceptions in Europe. We are also grateful to the Creative Europe - MEDIA Programme of the European Union and our member organisations, the national promotion institutes, who have made the programme possible", says EFP's Managing Director Sonja Heinen.

"Although we are unable to host Sydney Film Festival in cinemas this year, we are delighted to continue our partnership with European Film Promotion in co-presenting EUROPE! VOICES OF WOMEN IN FILM at the 67th Sydney Film Festival: Virtual Edition and Awards. We are excited to bring to the Australian audience ten vital new works by European women directors, and while we are, of course, sad that we cannot host these directors in Sydney as usual, we look forward to presenting them, and their wonderful films, virtually", says SFF Director Nashen Moodley.

an eye on european films at the sundance film festival

17.01.2022 - In close collaboration with the Sundance Film Festival, European Film Promotion (EFP) highlights the diversity of European titles at this year’s …

°efp boosts 4 of many european surprise titles at park city

12.01.2022 - To give them a good promotional head start at one of the most important film festivals in North America at the beginning of 2022, European Film …