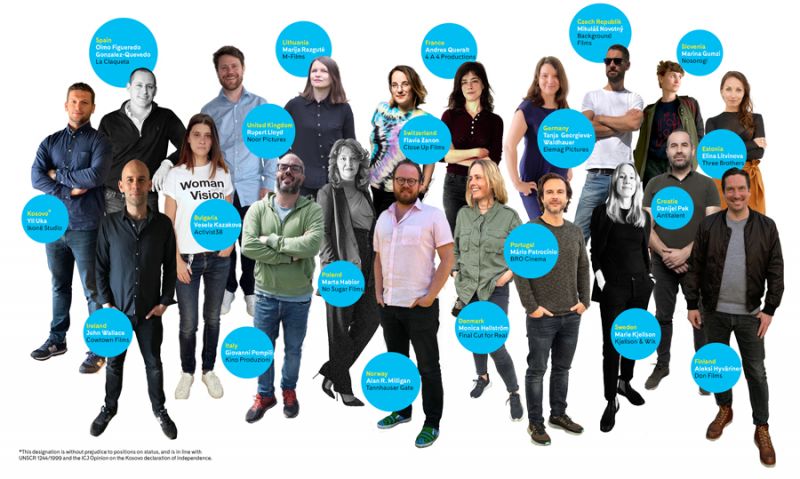 The 20 up-and-coming producers from 20 different European countries selected by EFP (European Film Promotion) for the 21st edition of PRODUCERS ON THE MOVE met digitally for the first time on Monday (11 May). The extensive programme of the networking platform - which is including speed meetings, roundtables and case studies - will run until Friday, 15 May.

The first item on the agenda of the PRODUCERS ON THE MOVE's first ever digital edition was the kick-off introduction meeting on Monday. EFP president Markéta Šantrochová commented: "I'm really delighted that we have been able to shift the programme so quickly to a virtual version and keep the essentials: connecting talented producers from across Europe, facilitating exchange and cooperation, and strengthening their industry networks. This has been EFP's goal ever since the programme was created in 2000, and it has become even more crucial now that the film landscape has changed, and co-operation, support and a sense of solidarity among film professionals are more important than ever before."

On Tuesday, the pitching session of the producers' 20 current and future projects will follow. The most challenging feature of the online edition of PRODUCERS ON THE MOVE will be the Speed Meetings where all of the 20 producers will be meeting their peers as well as five world sales companies in dedicated one-to-one sessions that are being scheduled for Wednesday. Ahead of this session, Jérôme Paillard, Executive Director of the Cannes Market, will exclusively reveal his plans about the new Marché du Film Online and its benefits for producers.

In addition, EFP will be presenting "When Corona Hit ... " – two case studies about the impact of the Corona pandemic on shooting and distribution of films. Norwegian producer Petter Testmann-Koch will be sharing his experiences of how to continue shooting whilst following the safety regulations, while Irish producer Brendan McCarthy will explain how he managed to shift quite successfully from theatrical distribution to VoD.

The event will wrap on Friday with the Meet the PRODUCERS ON THE MOVE 2020 session when interested industry professionals and press are invited to meet this year's group. Those interested in joining the session should please contact EFP at producers@efp-online.com by this Thursday (May 14).

*This designation is without prejudice to positions on status, and is in line with UNSCR 1244/1999 and the ICJ Opinion on the Kosovo declaration of independence.