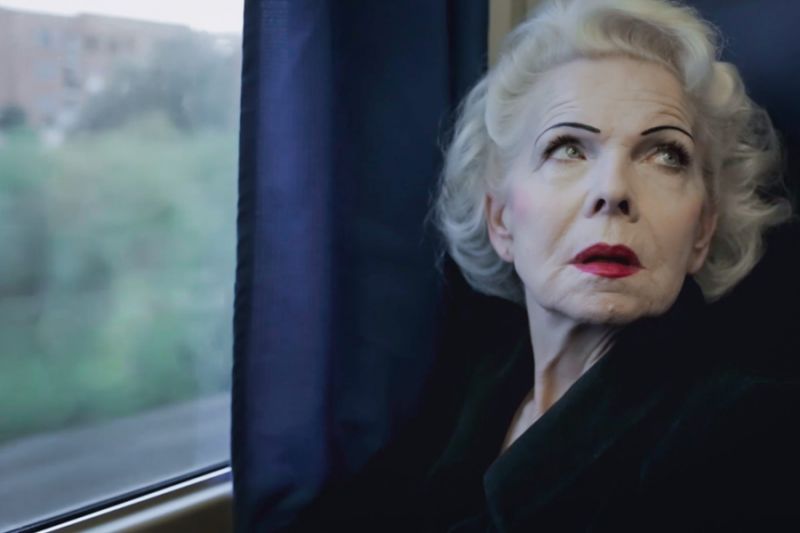 LESSONS OF LOVE by Małgorzata Goliszewska and Kasia Mateja (Poland)

EFP is committed to presenting the third edition of THE CHANGING FACE OF EUROPE in collaboration with Hot Docs Canadian International Documentary Festival despite these difficult times. All 10 of the films selected for the programme will take part in Hot Docs Industry All-Access Online program, which will run during the original dates of the festival and continue until May 31. The Festival's public screenings have been postponed and will be rescheduled for a later date.

The 10 outstanding European Documentaries, which give unique and unconventional insight into the reality of contemporary European life, will be presented to buyers, distributors and programmers through the films' participation in the Doc Shop, Hot Docs' online market that offers access to curated playlists of documentary titles on-demand and the hub for this year's industry content.The filmmakers of the 10 selected films are invited to participate in the new digital industry programme including case studies and Distribution Rendezvous. In addition, directors and producers of films in THE CHANGING FACE OF EUROPE will be brought together with key distributors, buyers and festival programmers via virtual one-to-one meetings arranged by EFP.

"For the third year, Hot Docs is honoured to partner with EFP to present a selection of documentaries, offering unique perspectives and engaging stories that give us a glimpse of a Europe in transition," said Shane Smith, Hot Docs Director of Programming. "The program also introduces us to the talent behind the camera, skilled filmmakers destined to make their mark on the documentary world."

The films in THE CHANGING FACE OF EUROPE were selected by the festival, based on recommendations by EFP member organizations representing Europe's film promotion institutes. They feature timely themes such as family separation and family support, alternative life concepts, gender identity and self-empowerment. Once more this year's selection spotlights the increasing presence of works by women – seven of the 10 films are by female directors or female director teams. EFP's initiative is supported by Creative Europe - MEDIA Programme of the European Union and the participating EFP member organisations. „We are very happy and thankful to the festival that despite this difficult situation, we have the opportunity to bring European stories to the world and to connect filmmakers digitally with important decision-makers. Nothing has changed in our mission, namely to promote the diversity of outstanding European documentaries throughout the world", said EFP's Managing Director Sonja Heinen.

In Always Amber Lia Hietala and Hannah Reinikainen follow their protagonist over a period of three years capturing Amber's search for sexual identity, friendship and love. The Swedish production premiered at this year's Berlinale. Ana Aleksovska's debut film, Consuming Contemporary introduces us to several socially excluded seniors who are longing for togetherness and community and, to compensate for the lack of this, attend cultural events in Skopje – uninvited - which attracts the disapproval of the social elite. Dead Souls Vacation by Georgian director Ekaterine Chelidze is a portrait of the formerly very successful Georgian musician Levan Svanidze, who tries to regain success while living in a tiny apartment with his 84 year old mother, Lamara. Ksenia Okhapkina's Estonian productionImmortal focuses on the rigid structure of life in a small industrial city in Russia and portrays the people who continue to live as before although the old system has broken down. For her feature-length documentary debut the Russian director was awarded the Grand Prix for Best Documentary Film at the Karlovy Vary Film Festival. The Icelandic director Yrsa Roca Fannberg made The Last Autumn as a long farewell to the rural life of a shepherd in Árneshreppur, a small community in the northwest of Iceland. For the last time, Ulfar and his wife will be herding their sheep from the hills down to the farm. „This part of life belongs to me", proclaims the protagonist Jola in Lessons of Love. The Polish filmmakers Małgorzata Goliszewska and Kasia Mateja lovingly and poetically portray a woman going her own way after separating from her abusive husband of 45 years. A Pleasure, Comrades! by Portuguese filmmaker José Filipe Costa was premiered out of competiton at Locarno Film Festival. The film recounts life and life concepts in the rural co-operatives established throughout the country after the 1975 Carnation Revolution, through re-enactments with original members of these communes. Reunited by Danish director Mira Jargil tells of the dramatic separation of a family that has to leave their country because of the Syrian civil war. While the parents have fled to Denmark and Canada, their two little sons are stuck in Turkey. Mira Jargil accompanies the family members who are waiting and dreaming for the reunion each and every day. Res Creata by Italian director Alessandro Cattaneo is about the ancient, conflicting and manifold relationship between the human being and the animal. Two Roads, directed by filmmaker and producer Radovan Síbrt (Czech Producer on the Move 2018) is about the members of the band The Tap Tap, of whom all are disabled (or as they cynically call themselves, crippled). The Tap Tap orchestra and the film illustrate how some of life's most difficult obstacles can be overcome.

The following EFP members are supporting THE CHANGING FACE OF EUROPE:

Hot Docs is a not-for-profit organization dedicated to advancing and celebrating the art of documentary and to creating production opportunities for documentary filmmakers. Hot Docs Canadian International Documentary Festival, North America's largest documentary festival, conference and market, welcomes audiences of over 228,000 and more than 2,600 industry delegates to Toronto each year. Year-round, Hot Docs supports the Canadian and international industry with professional development programs and a multi-million-dollar production fund portfolio, and fosters education through documentaries with its popular free program Docs For Schools. Hot Docs owns and programs the Hot Docs Ted Rogers Cinema, a century-old landmark located in Toronto's Annex neighbourhood and the world's first and largest documentary cinema.

The following films/directors will be presented in 2020 with the support of their respective EFP member organisations: 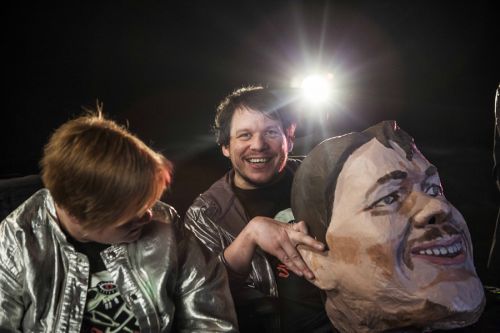 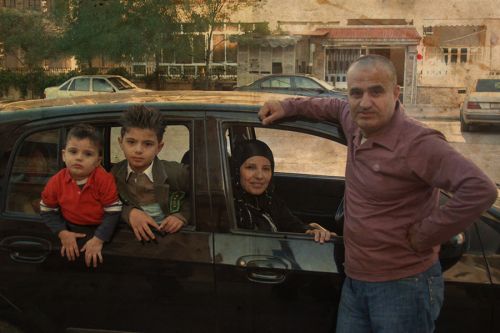 A family on the run ends up in three parts of the world. 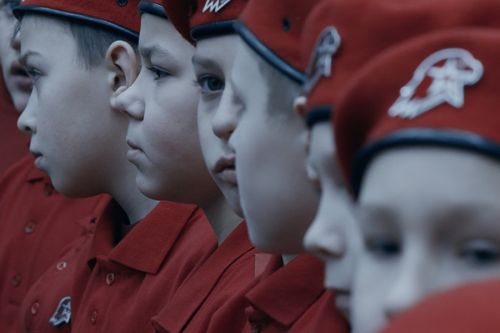 The film looks at the making of a Russian citizen from a fresh angle. The director's subtle but demanding look reveals "the system" at work in the most benign-looking situations, in any moment of the everyday. 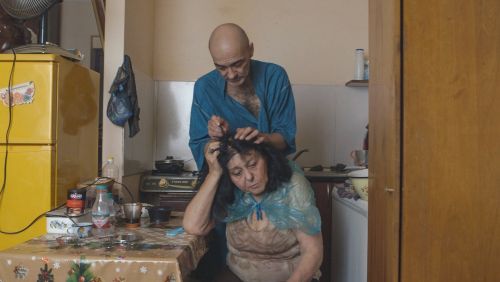 Formerly a popular musician in Georgia, Levan (45) tries to regain success while living in a 14 m2 apartment with his mother Lamara (84). 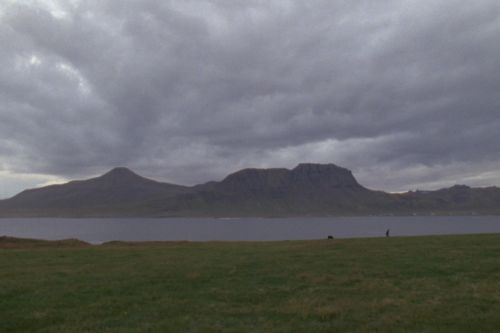 A desolate farm, pushed up against the Arctic ocean has been breeding sheep for centuries. This is the last autumn they herd their sheep down from the surrounding mountains. 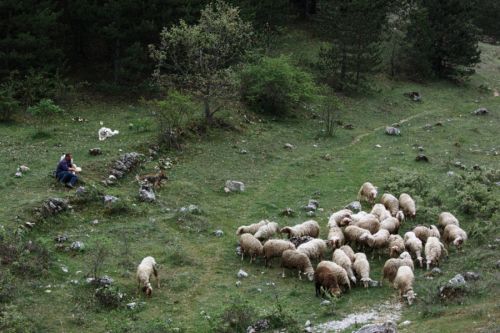 Bond, freedom and necessity in the borderline relationship between human and animal. 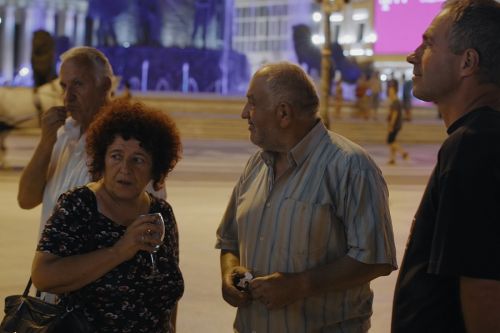 A group of marginalized seniors satisfy their thirst for thrill, mingling and wine by visiting all the art events of Skopje, despite the disapproval of the social elite. 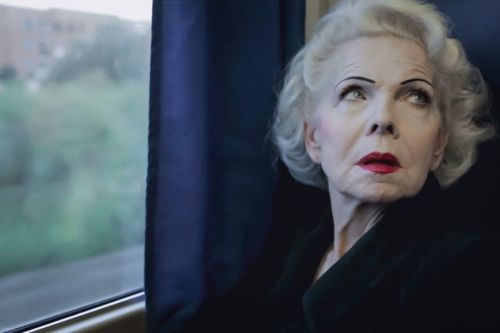 „This part of life belongs to me!" says Jola, after escaping from an abusive marriage. She's letting loose with her girlfriends, finally enjoys life and suddenly finds herself thrust into a new romance at a latino dancing class. Will she embrace love for the first time in her life at the age of 69? 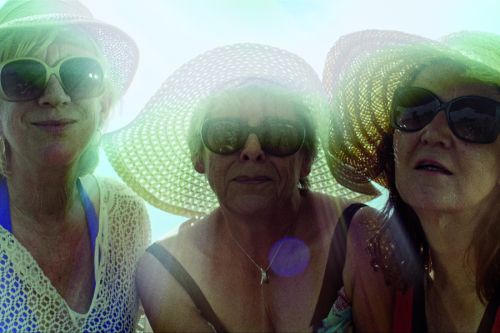 In 1975, they were young and came from all over Europe to work in the cooperatives of a Portugal in the throes of revolution. 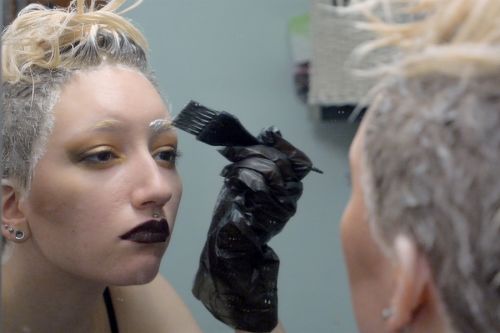 Amber belongs to a queer generation which no longer wants society to dictate their identity. The teenagers proudly inhabit a spectrum of fluid identities and master their first loves and losses.

The following EFP members are supporting THE CHANGING FACE OF EUROPE:

Hot Docs, is a not-for-profit organization dedicated to advancing and celebrating the art of documentary and to creating production opportunities for documentary filmmakers. Hot Docs Canadian International Documentary Festival, North America's largest documentary festival, conference and market, welcomes audiences of over 228,000 and more than 2,600 industry delegates to Toronto each year. Year-round, Hot Docs supports the Canadian and international industry with professional development programs and a multi-million-dollar production fund portfolio, and fosters education through documentaries with its popular free program Docs For Schools. Hot Docs owns and programs the Hot Docs Ted Rogers Cinema, a century-old landmark located in Toronto's Annex neighbourhood and the world's first and largest documentary cinema.