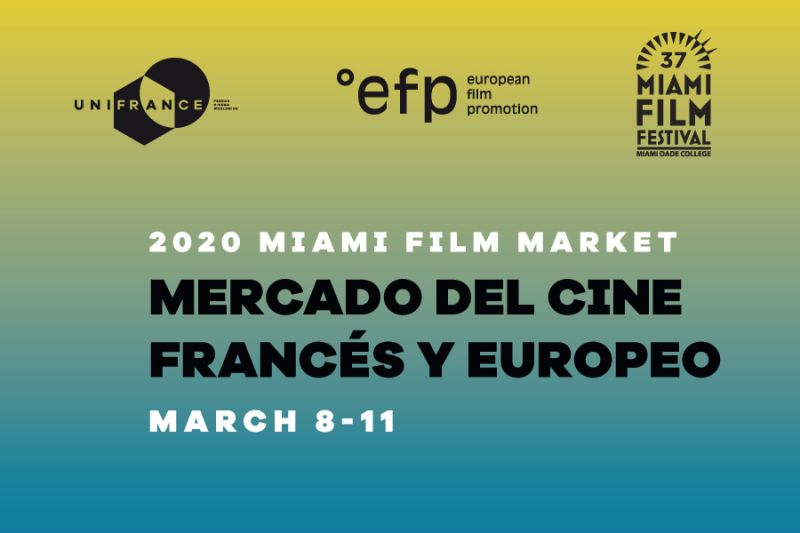 17 European sales companies are meeting 28 buyers, distributors and exhibitors from Latin America in one-on-one meetings to feature a substantial line-up of new 2020 films from Europe. Screenings will show the latest from France, Austria, the Czech Republic, Denmark, Finland, Greece, Italy, Slovak Republic, Spain and Sweden as well as exclusive footage and promos for upcoming films.

The following companies are representing their films in Miami:

For 70 years, UniFrance has been using its experience of the international marketplace to support French cinema worldwide. UniFrance is based in Paris and also has representatives for New York, Beijing and Southeast Asia. Its membership brings together around 1,000 French producers, filmmaking talents, agents and sales companies, which are working together to promote French film among foreign audiences, industry executives and media.

More about UniFrance on unifrance.org

Celebrating cinema in two annual events, Miami Film Festival GEMS, October 10-13, 2019 and its 37th annual edition March 6 – 15, 2020, Miami Dade College's Miami Film Festival is considered the preeminent film festival for showcasing Ibero-American cinema in the U.S., and a major launch pad for all international and documentary cinema. The annual Festival welcomes more than 60,000 audience members and more than 400 filmmakers, producers, talent and industry professionals. It is the only major festival housed within a college or university. In the last five years, the Festival has screened films from more than 60 countries, including 300 World, International, North American, U.S. and East Coast Premieres. Miami Film Festival's special focus on Ibero-American cinema has made the Festival a natural gateway for the discovery of new talent from this diverse territory. The Festival also offers unparalleled educational opportunities to film students and the community at large. Major sponsors of the 2019-20 Festival season include Knight Foundation, Estrella Damm, American Airlines, Telemundo, JW Marriott Marquis, and Miami-Dade County.
For more information, visit miamifilmfestival.com or call 305-237-FILM (3456).

unifrance is supported by