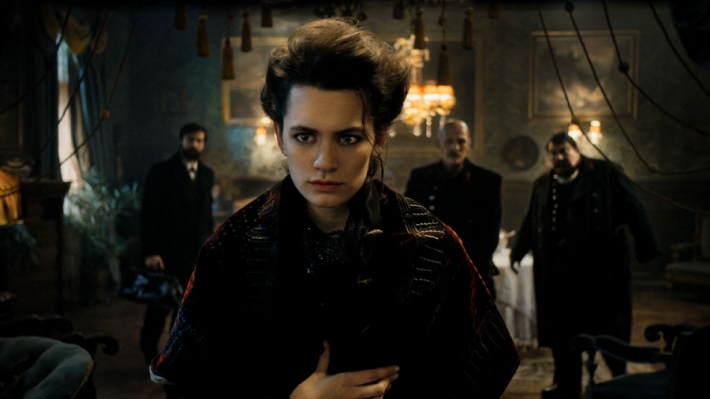 EFP (European Film Promotion) congratulates 22 participants of EUROPEAN SHOOTING STARS and 38 former PRODUCERS ON THE MOVE who will be celebrating the premieres of their films during this year's Berlin International Film Festival. The 2020 Dutch Shooting Star Bilal Wahib joins Jonas Smulders (participant in 2018) in the drama Paradise Drifters, while the current Swiss Shooting Star Ella Rumpf is playing one of the leads in Freud which will open the Berlinale Series section. The Class of 2019 is also making a splash: three of last year's Shooting Stars are returning to the festival with their latest films: Franz Rogowski, who has two films: Undine in Competition and Black Milk in the Panorama section. The Panorama will also be featuring Elliott Crosset Hove, starring in Wildland, while Milan Maric is appearing in The Father. Coming full circle, Luca Marinelli (participant from Italy in 2013) is a member of this year's International Jury.

Former PRODUCERS ON THE MOVE have also been very busy. Switzerland's Dan Wechsler (participant in 2011) produced or co-produced four films: All the Dead Ones in Competition, A Common Crime and Pari in the Panorama section, while Malmkrog will be presented in the new Encounters programme. His Swiss colleague Joëlle Bertossa (participant in 2013) also co-produced The Salt of Tears – showing in Competition – and the Generation 14plus title Yalda, a Night for Forgiveness, while the Romanian producer Ada Solomon (participant in 2011) is presenting two films in the Forum, The Exit of the Trains and Uppercase Print, which were both directed by her longtime collaborator Radu Jude – to name just a few.

Please find below the full list of films with participation by EUROPEAN SHOOTING STARS and PRODUCERS ON THE MOVE. Both programmes are made possible thanks to the support of the Creative Europe – MEDIA Programme of the European Union and the participating national film institutes, EFP's member organisations.

Window Boy Would Also Like to Have A Submarine by Alex Piperno
Uruguay, Argentina, Brazil, The Netherlands, Philippines
co-produced by Frank Hoeve
world premiere