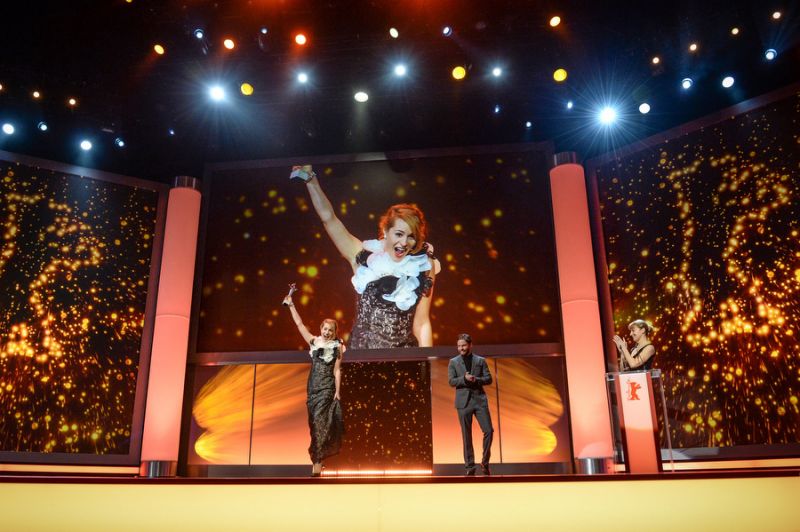 EFP (European Film Promotion) is delighted to announce that the cooperation with the Berlin International Film Festival for EUROPEAN SHOOTING STARS has been confirmed by Artistic Director Carlo Chatrian and Executive Director Mariette Rissenbeek.

"It's a pleasure for us to continue providing a prominent platform for these outstanding talents and to support them in getting the international attention their work deserves. Eight out of ten European Shooting Stars are invited to international castings following the event at the Berlinale and so many have seized the opportunity successfully. We are looking forward to welcoming European Shooting Stars with their new films in the years ahead," says Mariette Rissenbeek.

For more than 20 years EUROPEAN SHOOTING STARS, one of EFP's flagship programmes, highlights the most talented up-and-coming actors throughout Europe during the Berlin International Film Festival with the aim to jumpstart their international career. For many former participants it proved to be an essential stepping stone. Among the most prominent ones in recent years are Carey Mulligan (Mudbound), Alba Rohrwacher (Happy as Lazarro), Alicia Vikander (Tomb Raider), George MacKay (Captain Fantastic), and Marwan Kenzari (Instinct).

Each year the Europe's national film promotion institutes nominate their most promising emerging actresses and actors to take part in the prestigious programme. A jury of industry professionals selects the ten most interesting and internationally versatile talents to be introduced to the press, film industry and public at the Berlin International Film Festival. As a EUROPEAN SHOOTING STAR, the participants attend a tailor-made programme, including meetings with casting directors, talent agents and producers, which broadens and strengthens their international industry alliances and networks. The activities culminate in a glamorous presentation of the EUROPEAN SHOOTING STARS Awards at the Berlinale Palast.

To qualify for EUROPEAN SHOOTING STAR 2020, the talent – between 16 and 32 years of age – has to have a successful professional career in his or her native country (including first awards), a leading role in at least one feature-length film released after October 2017, the potential to work internationally and must be fluent in English.