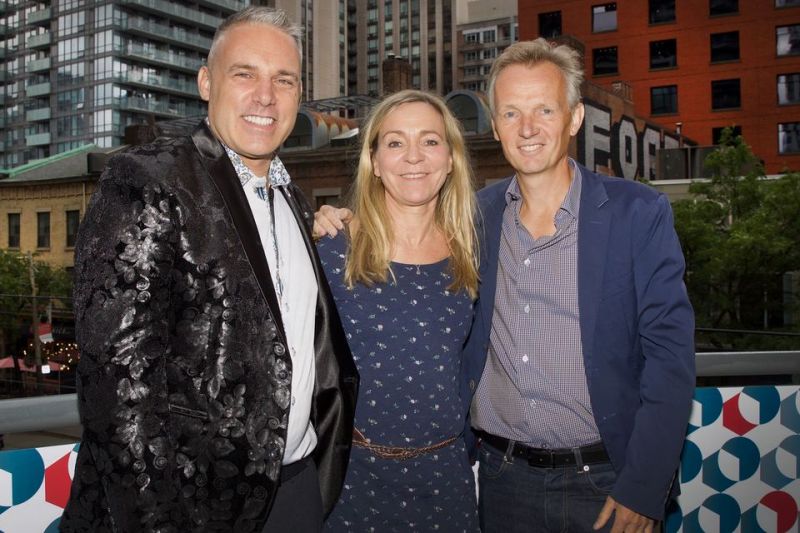 During the Toronto International Film Festival, Sonja Heinen (EFP - European Film Promotion), Jaie Laplante (Miami Film Festival), and Gilles Renouard (UniFrance) have finalised their partnership on a new sales market for French and European films to Latin America to be held at the Miami Dade College's Miami Film Festival in March next year.

The MIAMI FILM MARKET – MERCADO DEL CINE FRANCÉS Y EUROPEO builds on the Mercado del Cine Francés, originally created and organised by UniFrance for the past three years in partnership with Miami Film Festival, opening up and presenting now new opportunities for films from the whole of Europe. The initiative brings together 20 European world sales companies with 30 buyers from different territories in Latin America for special screenings of 20 top-notch titles (10 French and 10 from other European countries), followed by individual meetings, in order to boost the promotion and sales of these latest films and further catalogue titles from Europe to the Latin American continent.

The market, which is made possible thanks to the support of the Creative Europe – MEDIA Programme of the European Union, is scheduled to take place from 8 – 11 March 2020.

Gilles Renouard, Deputy Executive Director of UniFrance declares: "Three years ago we created with Miami Film Festival an exciting opportunity for French sales agents and distributors from Latin America. What was originally a modest project proved to be a unique and very successful industry rendezvous for both our members and many buyers from key territories. We are now glad to associate our friends from EFP to this event."

Jaie Laplante, Executive Director and Director of Programming Miami Film Festival comments: "After three very successful years in furthering the advancement of French cinema into the Latin American territory, we look forward to working with EFP and UniFrance to now extend the warm vibe of the Miami Film Festival setting to deep connections with all of Europe."

Sonja Heinen, Managing Director of EFP, is thrilled to have seized the opportunity to join forces. "To push into the Latin American market, something EFP has been aiming to do for quite a while, is rather important in our endeavour to promote European films outside of Europe. It is fantastic to expand on UniFrance's successful work. This is what EFP is all about, to jointly present bigger, stronger and more diverse portfolios of films to countries outside of Europe. And the Miami Film Festival with its strong focus on Latin America, provides a welcoming, very individual and perfect setting for it."

For 70 years, UniFrance has been using its experience of the international marketplace to support French cinema worldwide. UniFrance is based in Paris and also has representatives for New York, Beijing and Southeast Asia. Its membership brings together around 1,000 French producers, filmmaking talents, agents and sales companies, which are working together to promote French film among foreign audiences, industry executives and media.
More about UniFrance on unifrance.org

Celebrating cinema in two annual events, Miami Film Festival GEMS, October 10-13, 2019 and its 37th annual edition March 6 – 15, 2020, Miami Dade College's Miami Film Festival is considered the preeminent film festival for showcasing Ibero-American cinema in the U.S., and a major launch pad for all international and documentary cinema. The annual Festival welcomes more than 60,000 audience members and more than 400 filmmakers, producers, talent and industry professionals. It is the only major festival housed within a college or university. In the last five years, the Festival has screened films from more than 60 countries, including 300 World, International, North American, U.S. and East Coast Premieres. Miami Film Festival's special focus on Ibero-American cinema has made the Festival a natural gateway for the discovery of new talent from this diverse territory. The Festival also offers unparalleled educational opportunities to film students and the community at large. Major sponsors of the 2019-20 Festival season include Knight Foundation, Estrella Damm, American Airlines, Telemundo, JW Marriott Marquis, and Miami-Dade County.
For more information, visit miamifilmfestival.com or call 305-237-FILM (3456).