A Very Fitting Welcome For Outstanding Emerging Filmmakers at KVIFF 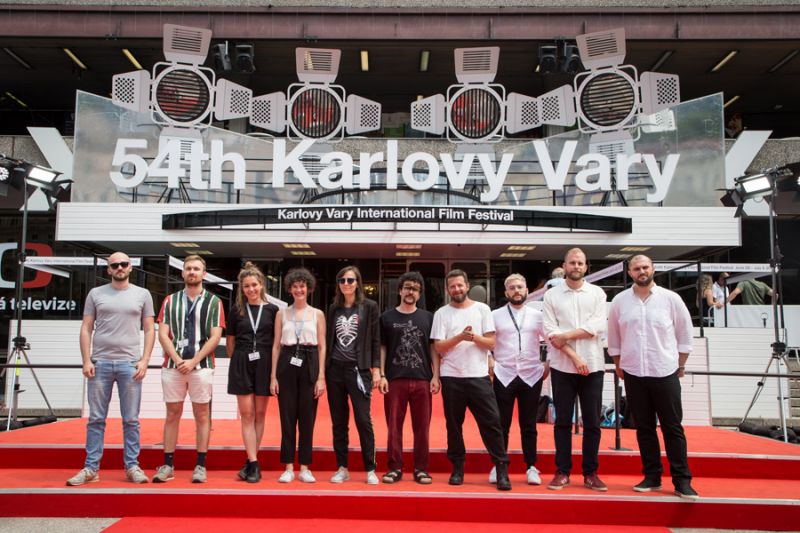 This year's participants of EFP FUTURE FRAMES – Generation NEXT of European Cinema were deservedly in the spotlight when they joined their mentor, Greek filmmaker Syllas Tzoumerkas, on the red carpet for the premiere of his film The Miracle of the Sargasso Sea at the Karlovy Vary International Film Festival (KVIFF).
Now in its fifth year, the initiative of EFP (European Film Promotion) and KVIFF presents ten of the most promising new European directors and their films during the festival from June 30 – July 3. The programme is supported by the Creative Europe – MEDIA Programme of the European Union and the respective EFP member organisations.
One part of the intensive EFP programme introducing emerging professionals to the film industry and media and presenting their work to the festival audience is the exclusive master class by the mentor Syllas Tzoumerkas, entitled "A Very Certain Defiance", which will advise them on "ways to navigate the European film world's realities as well as protecting and expanding their creative freedom, independence and spirit."

Have a look at the work of the up-and-coming EFP FUTURE FRAMES directors featured in our trailer with a download option:

Partners of FUTURE FRAMES 2019 are AMC Networks and Nespresso.