EUROPE! Meets the Arab World at the Cannes Film Festival 2019 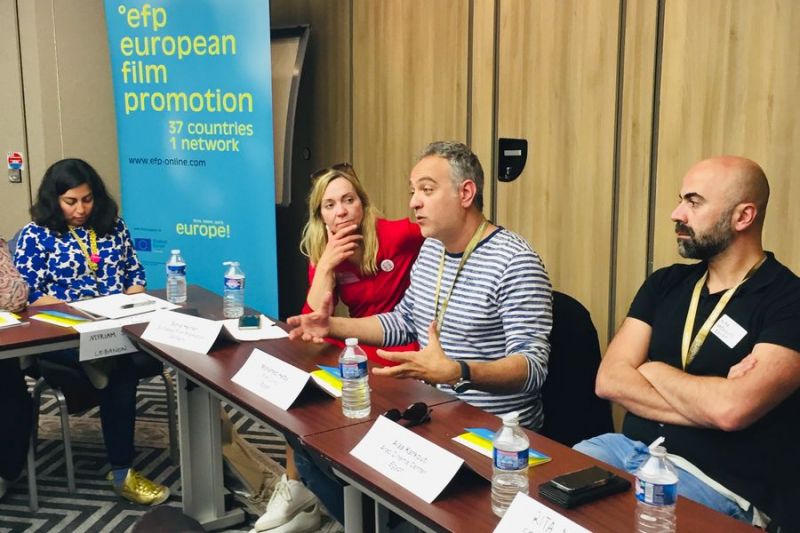 The fruitful cooperation between EFP (European Film Promotion) and the Arab Cinema Center (ACC) to promote European films in the Arab world and bring European producers together with their Arabian colleagues has attracted strong interest. 35 professionals from both territories – all of them experienced in international co-productions – followed the invitation to discuss the possibilities for future projects during the Cannes Film Festival.

EFP's Managing Director Sonja Heinen says: "We are absolutely thrilled by the interest our new initiative created together with Alaa Karkouti from ACC has sparked in its second year. Producers from 18 different countries from both regions enjoyed a very lively exchange of ideas and experiences. We hope to see new co-production alliances developing in the future. Following on from our first involvement at the Cairo International Film Festival last November, we will continue to explore the possibilities of having a presence and promoting European films at other Arab festivals."

The event started with a case study of Yommedine (Egypt, USA 2018) – in Competition at Cannes in 2018 – presented by the director Abu Bakr Shawky, the film's US producer Dina Emam, and the Egyptian producer Mohamed Hefzy. The personal meetings between the producers from the two regions centred on the opportunities for developing projects together, with European producers particularly interested in finding fresh stories and the Arab side in learning about the various funding and financing options in Europe.