EFP PRODUCERS ON THE MOVE at the 2019 Cannes Film Festival 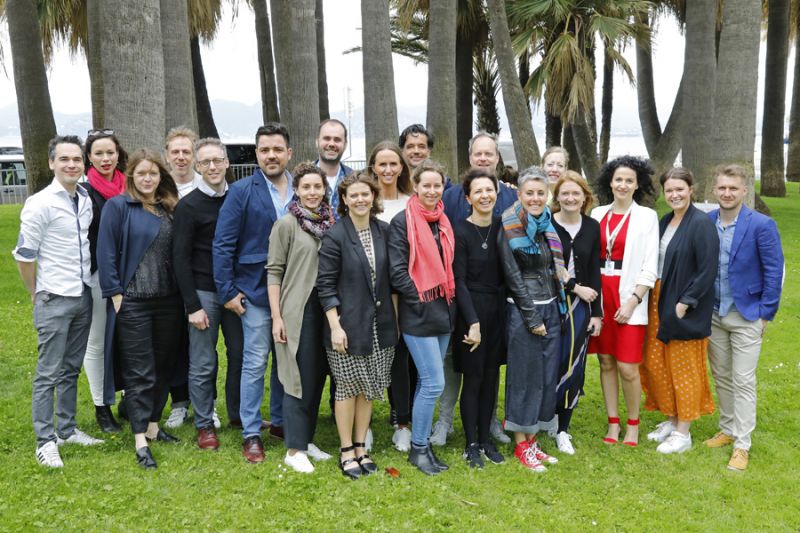 EFP (European Film Promotion) welcomes 20 up-and-coming European producers selected for the 20th edition of EFP PRODUCERS ON THE MOVE ( 16-20 May 2019) at the Cannes Film Festival. The networking and promotion platform provides a tailor-made programme for the participants including one-on-one pitching sessions and case studies as well as ample opportunity to exchange experiences and find new co-production partners.

EFP has organised a case study in cooperation with Eurimages for the film The Orphanage by Shahrbanoo Sadat, which will have its Cannes premiere in the Directors' Fortnight. The producer Katja Adomeit (Adomeit Film, Denmark), her co-producers and the director, together with Sergio Garcia De Leaniz (Eurimages, France), will discuss the project. A second case study will be presented in cooperation with ARTE. The commissioning editors Barbara Häbe and Andreas Schreitmüller will outline the key points of co-producing with the Franco-German channel, using the example of Marco Bellocchio's The Traitor which is screening in Competition.

In addition, EFP will be hosting EUROPE! MEETS THE ARAB WORLD together with the Arab Cinema Center (ACC). Ten former PRODUCERS ON THE MOVE will meet with the top ten producers from Arab countries. The meeting will start with a case study of Yomeddine by the Egyptian producer Mohamed Hefzy.

Meet the PRODUCERS ON THE MOVE 2019 on Saturday, 18 May from 5.00 to 6.00 pm. For more information, please contact producers@efp-online.com.

EFP PRODUCERS ON THE MOVE is financially backed by the Creative Europe – MEDIA Programme of the European Union, Eurimages, and the respective EFP member organisations.

Interviews with this year's PRODUCERS ON THE MOVE are published on EFP's media partners' websites: www.cineuropa.org , www.filmneweurope.com  and in the Cannes edition of WORLD OF YOUNG CINEMA.

°efp boosts 4 of many european surprise titles at park city

12.01.2022 - To give them a good promotional head start at one of the most important film festivals in North America at the beginning of 2022, European Film …