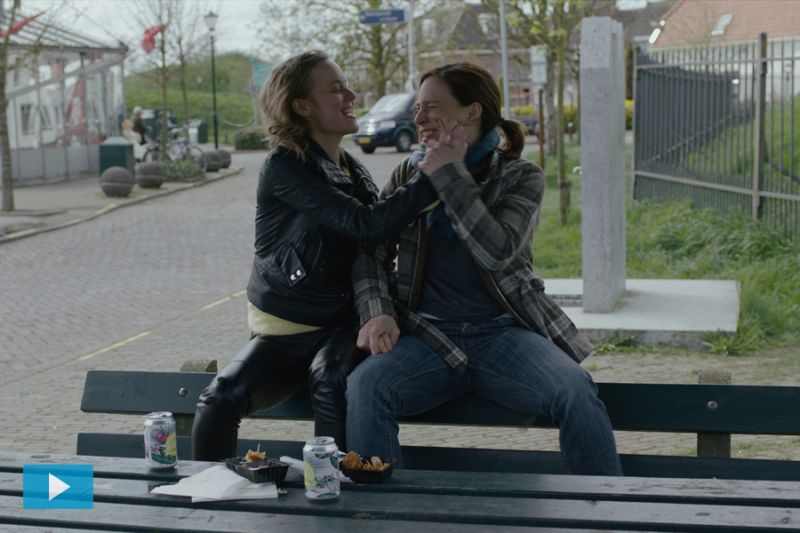 Retrospekt directed by Esther Rots from The Netherlands

EUROPE! VOICES OF WOMEN IN FILM at the Sydney Film Festival (5 – 16 June 2019) showcases the works of outstanding European women directors to the Australian audience, film industry and press. In its fourth year, the thriving cooperation between EFP (European Film Promotion) and the festival to promote European cinema provides a thrilling insight into the works of truly new European voices in film in its final selection made by SFF's festival director Nashen Moodley: six directors are presenting their first feature films and three of them their second. Also taking a strong interest in their work is the acclaimed Australian producer Jan Chapman ("The Piano"), the programme's ambassador from the very beginning. The initiative is made possible with the support of Creative Europe – MEDIA Programme of the European Union and the respective EFP member organisations.

Six directors will attend the festival this year and take part in special networking events organised by SFF and EFP. They will meet Australian distributors and producers and discuss the state of affairs of gender equality in the business in a panel discussion moderated by Sarah Ward, critic for the programme's media partner Screen International. As part of a new cooperation Festival Scope also makes the films available for industry players from the region. On hand to discuss their films with the great festival audience are: Carolina Hellsgård (Germany), Marianna Economou (Greece), Asthildur Kjartansdóttir (Iceland), Tonia Mishiali (Cyprus), Esther Rots (The Netherlands), and Elena Tikhonova (Austria).

The directors presenting their feature film debuts are the multi-talented Tonia Mishiali from Cyprus, who served as the screenwriter, director and producer on her drama Pause. She tells the story of a woman trying to escape from an oppressive marriage, as seen only from her protagonist's point of view. Also struggling is Dorien, who has to rediscover herself when her picture perfect family starts falling apart in the comedy-drama The Best of Dorien B. by the Belgian director Anke Blondé. In The Deposit, the Icelandic writer-director Ásthildur Kjartansdottir follows the journalist Gisella, who tries to give her life more meaning by helping three immigrant women. In the Austrian comedy Caviar by Elena Tikhonova, the interpreter Nadja discovers the upside of working for a Russian oligarch. Together with her best friends, she devises a scheme for making much better use of his money. British writer-director Harry Wootliff shows a very contemporary take on the thrills of falling in love and the difficulties of staying that way in Only You, starring Josh O'Connor and Laia Costa.

Danish filmmaker May el-Toukhy collaborates again with Trine Dyrholm for her second feature film, with the actress this time playing a successful lawyer, happily married with twins, who risks everything when she falls for her teenage stepson in Queen of Hearts. The great Danish actress also appears in Endzeit – Ever After, the second feature film of Carolina Hellsgård – born in Sweden and based in Berlin –, who thrills her audience with her new take on zombie films, while Esther Rots explores new, exciting ways of narrative storytelling in the Dutch psychological drama Retrospekt.

The programme also includes two documentaries: the feature debut Scheme Birds by Ellen Fiske and Ellinor Hallin follows Scottish teenager Gemma, a soon-to-be mother, as she tries to stay out of trouble and carve out a life of her own. Completing the very diverse line-up is the award-winning Greek filmmaker Marianna Economou whose When Tomatoes Met Wagner focuses on the incredible story of a small Greek village that cultivates old tomato varieties – with a little help from classical music – and starts selling its jars of organic tomatoes around the globe.

ABOUT SYDNEY FILM FESTIVAL
From Wednesday 5 June to Sunday 16 June 2019, the 66th Sydney Film Festival offers Sydney-siders another exciting season of cinema amidst a whirlwind of premieres, red-carpet openings, in-depth discussions, international guests and more.
Sydney Film Festival also presents an Official Competition of 12 films that vie for the Sydney Film Prize, a highly respected honour that awards a $60,000 cash prize based on the decision of a jury of international and Australian filmmakers and industry professionals. Previous Sydney Film Prize winners: The Heiresses (2018), On Body and Soul (2017); Aquarius (2016); Arabian Nights (2015); Two Days, One Night (2014); Only God Forgives (2013); Alps (2012); A Separation (2011); Heartbeats (2010); Bronson (2009); and Hunger (2008).
The Festival is a major event on the New South Wales cultural calendar and is one of the world's longest-running film festivals. For more information visit: sff.org.au.
The 66th Sydney Film Festival is supported by the NSW Government through Create NSW and Destination NSW, the Federal Government through Screen Australia and the City of Sydney. The Festival's Strategic Partner is the NSW Government via its tourism and major events agency, Destination NSW.