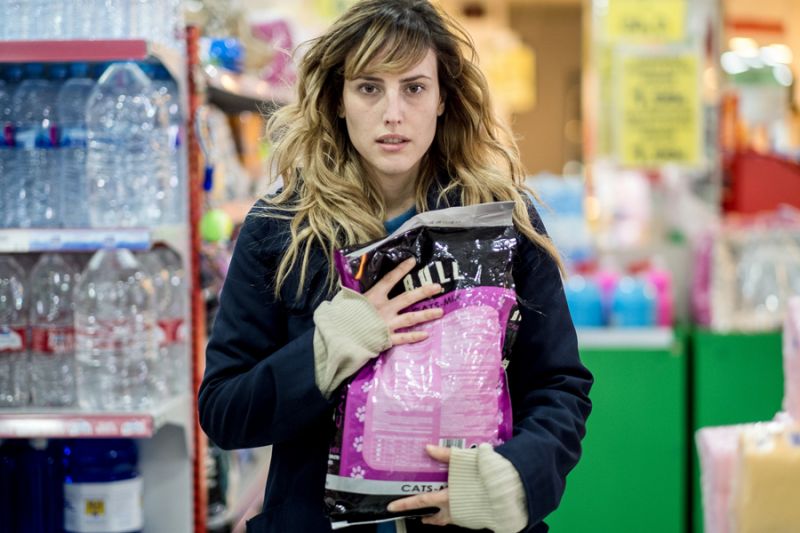 Europe's most prolific sales companies will soon be heading to Hong Kong's FILMART, one of Asia's most popular markets which kicks off on 18 March and runs to 21 March. By awarding Film Sales Support (FSS) to attending world sales companies, EFP (European Film Promotion) is bolstering marketing and sales campaigns for 34 European titles this year. €71,600 have been reserved for these films from 12 European countries, giving them an extra promotional push into a highly competitive Asian market. This is made possible with the support of the Creative Europe – MEDIA Programme of the European Union.

Between 18 and 21 March, FILMART buyers and further market delegates will have the chance to meet with 24 European sales agents at EFP's highly visible EUROPE! UMBRELLA. Thanks to contributions from German Films, the Danish Film Institute, ICAA in Spain and the support from Creative Europe – MEDIA, the umbrella is there for "all things European" at this important trade fair in Hong Kong. Asia is indeed one of the most important continents in terms of exporting European films.

Amongst films for sale are hot new titles from the Berlinale such as Marie Kreutzer's The Ground Beneath My Feet (Austria, Picture Tree International), Claudio Giovannesi's Piranhas (Italy, Elle Driver), Edward Berger's All My Loving (Germany, Beta Cinema), Cordula Kablitz-Post's documentary Die Toten Hosen – You Only Live Once (Germany, Magnetfilm) and Safy Nebbou's Who You Think I Am (France/Belgium, Playtime).

And, there is more to see: a compilation of film clips, shown on site, demonstrates the great variety of films from across Europe for sale under the umbrella, such as 522. A Cat, A Chinese Guy and My Father by Paco R. Baños (Spain, Portugal, Media Luna New Films), documentary Born2Drive by Daniel Fahre (Norway, Wide House), Aren't You Happy by Susanne Heinrich (Germany, Coproduction Office), Flesh Out by Michela Occhipinti (Italy, Films Boutique), Binti by Frederike Migom (Belgium, LevelK), Sonja – The White Swan by Anne Sewitsky (Norway, TrustNordisk) and Britt-Marie Was Here by former Shooting Star, Tuva Novotny (Sweden, SF Studios).

As part of FSS, SWISS FILMS is boosting the marketing campaign of the Swiss films, Cronofobia by Francesco Rizzi (The Moonshot Company), My Little One by Frédéric Choffat and Julie Gilbert (Wide), Out of Paradise by Batbayar Chogsom (Film Republic) and The Reformer. Zwingli - A Life's Portrait by Stefan Haupt (Global Screen).
€7,000 have been reserved for the promotion of these films.