EUROPEAN SHOOTING STARS, EFP's initiative to spotlight Europe's 10 best up-and-coming acting talent, is widely regarded as an important stepping stone towards an international career – with past EUROPEAN SHOOTING STARS including Carey Mulligan, Alicia Vikander, Matthias Schoenaerts, Pilou Asbaek and Alba Rohrwacher to name a few. Taking place over the first weekend of the Berlin International Film Festival, the initiative offers an extensive industry programme, including one-on-one meetings with international casting directors and producers to foster the talent's international career, and culminates in an awards ceremony on February 11 on the prestigious stage of the Berlinale Palast. This all would not be possible without the longstanding support of our very dedicated partners of EFP's prominent talent platform.

Creative Europe – MEDIA
Programme of the European Union
Ever since the start of the EUROPEAN SHOOTING STARS initiative, the MEDIA sub-programme dedicated to the financial support in the development, distribution and promotion of European films and its audiovisual industries, was a crucial partner in making EFP's flagship initiative happen. Thanks to MEDIA's unwavering commitment, the programme could evolve into a tailor-made industry event that brings together talent, casting directors and producers.

Leysen1855
This year we are celebrating the 10th anniversary of the much-cherished partnership with Leysen1855 – supplier to the Belgian Royal Family – who take care of the glamorous part of our event. The company not only donates the EUROPEAN SHOOTING STARS Award presented on stage at the Berlinale Palast, but also provides the fine jewellery for the awards ceremony. Additionally, Leysen1855 will present each actor with a personally designed gift as a special reminder of their Berlinale experience.

Audi
Audi backs the EUROPEAN SHOOTING STARS by providing climate-friendly transfers – this year for the first time with the Audi e-tron, the company's first purely electric production model – to drive up in style at the red carpet for the awards ceremony. In addition, AUDI teams up every year with Europe's trendy arts, fashion and photography magazine Sleek to present selected Shooting Stars in a stylish photo series. In its sixth season as principal sponsor, Audi and the Berlinale will together welcome visitors to the Audi Berlinale Lounge, to dive into the festival experience directly next to the red carpet. From February 7 to 16, the Berlinale Open House Program will present varied event formats and exciting discussions with visionaries from the fields of film, culture and business on socially relevant trend topics.

L'Oréal Paris
Famous for providing the perfect red carpet look for stars like Helen Mirren, Julianne Moore, Jane Fonda, Eva Longoria and former European Shooting Stars like Heike Makatsch – L'Oréal is a longstanding supporter of the up-and-coming actresses and actors. L'Oréal's make-up artists ensure that the European talent always look their best at the many official events and pho-toshoots they take part in. 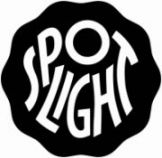 Spotlight
The internationally renowned casting platform for theatre, television and film productions is partnering with the EUROPEAN SHOOTING STARS for the first time during the programme's Actors Industry Network event this year. On top of its extensive online database – which can be especially useful for talent from smaller countries, where the professional infrastructure is still emerging – Spotlight also offers studios in London, Dublin and a team of experts across Europe.

Film- und Medienstiftung NRW and Medienboard Berlin-Brandenburg
Two of the most important German film funding organisations are trusted and very welcome supporters of the programme. In addition to the important financial commitment, both institutions present the EUROPEAN SHOOTING STARS at their receptions giving their promotion an additional boost.

Variety
Variety has presented the EUROPEAN SHOOTING STARS to the international film industry since 2010. The publication has been the seminal voice of the entertainment industry for 114 years and counting and is the trusted source for the business of global entertainment. Read by a
highly engaged audience of industry insiders, Variety's multi-platform content coverage
expands across digital, mobile, social, print and branded events and summits.

EFP (European Film Promotion) also wishes to thank Screen International, Blickpunkt Film and Cineuropa for their longstanding support of the initiative, as they annually present the EUROPEAN SHOOTING STARS in print and online. Our thanks also go to the newly acquired online platform partners Fade to Her and HeyUGuys.