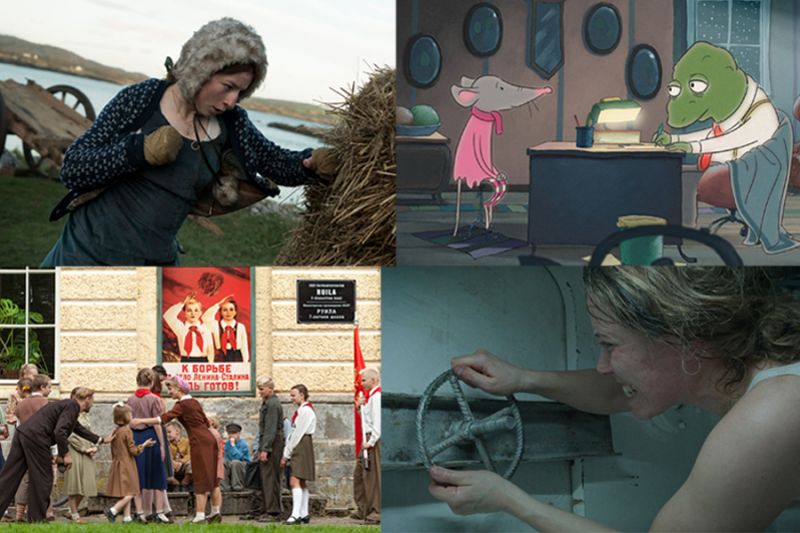 EFP (European Film Promotion) is delighted to announce that, in its 21st edition, EUROPE! GOES BUSAN will be taking on a new quality. Due to the significant increase in the number of European films being screened at the festival (74, compared to 55 titles in 2017), EFP's artistic delegation will now have 32 participants (compared to 15 in 2017) presenting their films at this important gateway to the Asian market and to the enthusiastic South Korean audience. In cooperation with the festival, the professional networking between Asian and European filmmakers will be intensified through various discussions, industry events and filmmaker talks. The extended programme is complemented by EFP's presence at the Asian Film Market through the very well attended EUROPE! UMBRELLA (32 world sales companies) and FILM SALES SUPPORT which is granted to European world sales companies for the promotion of their films at this market. EUROPE! GOES BUSAN is financially supported by the Creative Europe – MEDIA Programme of the European Union and the participating EFP member organisations.

"We are truly thrilled that the Busan Film Festival will be showcasing a record number of European films this year, many of them world, international or Asian premieres. This clearly demonstrates the high standing the festival enjoys with the European film industry. The strong ties between BIFF and EFP are also reflected by the launch of a new set of accompanying events, focusing on artistic questions as well as on business aspects of filmmaking. This joint initiative will draw even more attention to our fruitful cooperation," comments EFP President Martin Schweighofer, who has been a strong supporter from the start.

The extended networking and industry programme will consist of the following events: an exclusive Filmmaker's Talk with Lewis Kim, Korean producer of Kim Ji-woon's film Illang: The Wolf Brigade for the European delegation, a Master Class by Swiss producer Fabrice Aragno (The Image Book by Jean-Luc Godard) for Asian directors and participants of Platform Busan, and an open discussion between Asian and European filmmakers on how to address taboos in the various cultures. A new cooperation between the Asian Project Market, EAVE TIES THAT BIND and EFP will bring European producers together with their Asian colleagues for an Industry and Networking Day at the Asian Film Market. Eight producers from Europe are set to attend. In this context, EFP is being supported for the first time by the European Union Policy & Outreach Partnership (EU POP) in Korea and is collaborating with the Delegation of the European Union to the Republic of South Korea to promote South Korean - European cultural cooperation in the film sector.

30 European filmmakers and two actors will meet with industry and press and enjoy the very lively discussions with the South Korean audiences. This year's selection by the festival shows an exceptional number of films – 12 of 20 – featuring kids or teenagers at the centre of their stories: such as six-year-old Leelo in the Estonian drama The Little Comrade set during the Stalinist tyranny or the world premiere of Swimming, the feature film debut of German writer-director Luzie Loose, about two young girls whose innocent friendship turns into dangerous dependency. Director Igor Voloshin presents the Slovak-Russian-Czech co-production The Cellar starring Jean-Marc Barr, that deals with the disappearance of 16-year-old Lenka caused by conflicts in the family. The producers of Once and Singstreet present the Irish drama Float Like a Butterfly by writer-director Carmel Winters who tells the story of a young girl determined to become a boxing champion. Also struggling to survive is little Ayoub, whose parents have to rush him to a hospital in Casablanca where emergency brain surgery has to be performed in the Swiss-Morroccan family drama Urgent by writer-director Mohcine Besri.

Three European animation films will celebrate their Asian premiere in the Wide Angle section of the festival: The adaptation of the Swedish children's book Gordon & Paddy, featuring a mouse who becomes a police superintendent, which will be presented by the director Linda Hambäck. A more serious approach is taken by the Serbian director Rasko Miljkovic in The Witch Hunters about a handicapped boy who dreams of being a crime fighting superhero, while Norwegian writer-director Mads Grorud's animated drama The Tower centres on eleven-year-old Palestinian girl Wardi living in a refugee camp.

Grown-up thrills are provided by the Danish writer-director Rasmus Kloster Bro in Cutterhead which is set in Copenhagen's underground. Icelandic director Ari Magnusson sends Estonian Mihkel on a trip to the promised land – beautiful Iceland - which takes a deadly turn. Also celebrating its Asian premiere is The Image Book, Jean-Luc Godard's examination of the modern Arab world, which was produced by Fabrice Aragno and received the first "Special Palme d'Or" in the history of the Cannes Film Festival.

*** please find the full line-up of films and talent here ***

Detailed information about the EUROPE! UMBRELLA and FSS granted for the Asian Film Market will follow on September 25.