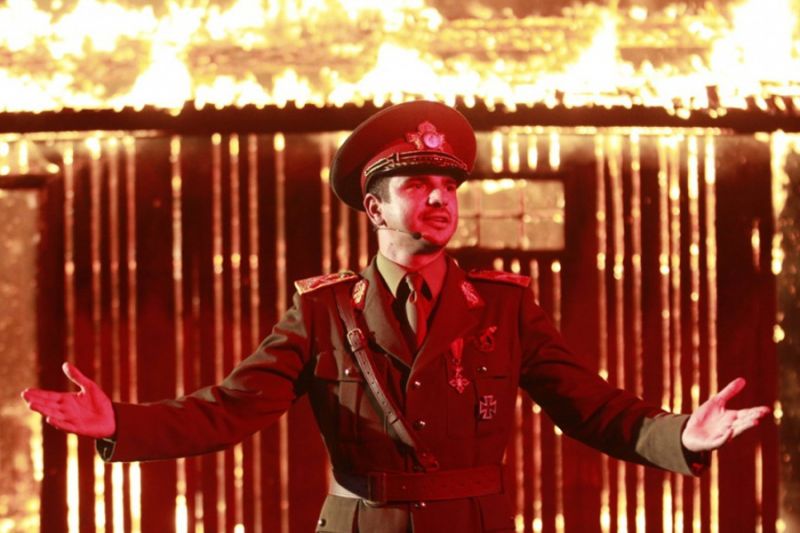 “I DO NOT CARE IF WE GO DOWN IN HISTORY AS BARBARIANS” by Radu Jude produced by Ada Solomon (PoM Romania 2011), co-produced by Janine Jackowski (PoM Germany 2009), Jiri Konecny (PoM Czech Republic 2008) © Silviu Ghetie

The 43rd edition of the Toronto International Film Festival (Sept 6 – 16, 2018) is presenting an exceptionally strong line-up of European films in its various sections. 53 of them feature 30 EUROPEAN SHOOTING STARS (ESS) and were made with the participation of 52 PRODUCERS ON THE MOVE (PoM).

Apart from such big names as Matthias Schoenaerts, Cécile de France, George McKay, Riz Ahmed, and Alba Rohrwacher, the festival will also be hosting Moe Dunford – European Shooting Star from Ireland in 2015 – who is appearing in three films: THE DIG, a British thriller drama by first-time directors Andy and Ryan Tohill; the Irish drama ROSIE about a young family suddenly becoming homeless; and the historical drama BLACK 47 which is set during the Great Irish Famine. Tuva Novotny – European Shooting Star from Sweden in 2002 – is returning to Toronto after starring in BORG/MCENROE last year and will be switching sides to present her directorial debut BLIND SPOT. The Norwegian family drama also features Anders Baasmo Christiansen and was co-produced by Rene Ezra from Denmark.

Several Producers on the Move are associated with more than one film premiering in Toronto, such as Bernard Michaux from Luxembourg, who produced TEL AVIV ON FIRE by Sameh Zoabi – together with co-producer Patrick Quinet – and also co-produced BLACK 47 together with producer Macdara Kelleher, whom he first met during the 2008 edition of PRODUCERS ON THE MOVE in Cannes and has been working with ever since. Apart from BLIND SPOT, Denmark's Rene Ezra also produced BEFORE THE FROST by Michael Noer about struggling farmers in 19th century Denmark, while Czech producer Jiri Konecny was in charge of the road trip comedy WINTER FLIES by Olmo Omerzu, as well as serving as the co-producer of the award-winning "I DO NOT CARE IF WE GO DOWN IN HISTORY AS BARBARIANS" by Radu Jude, along with the producer Ada Solomon and co-producer Janine Jackowski.

Please see the full line-up below.

In order to raise awareness of European films, EFP and its member organisations have received support from the Creative Europe – MEDIA Programme of the European Union to allocate €83,000 in FILM SALES SUPPORT to European world sales companies for the additional marketing and promotion costs of European films screening at TIFF as well as establishing its EUROPE! UMBRELLA at the festival's Industry Centre as a central European meeting point for everything to do with Europe.

ROJO by by Benjamín Naishtat,
Co-produced by Marleen Slot (PoM The Netherlands 2013)

TOO LATE TO DIE YOUNG by Dominga Sotomayor
Co-produced by Stienette Bosklopper (PoM The Netherlands 2005),

"I DO NOT CARE IF WE GO DOWN IN HISTORY AS BARBARIANS" by Radu Jude
Produced by Ada Solomon (PoM Romania 2011), co-produced by Janine Jackowski (PoM Germany 2009), Jiri Konecny (PoM Czech Republic 2008)