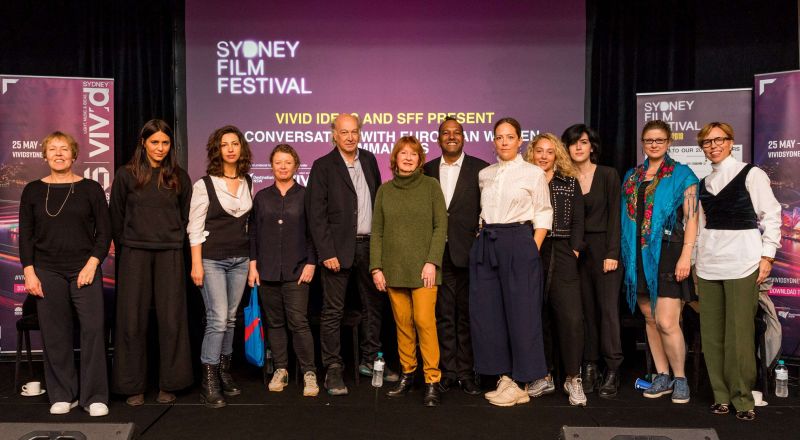 The nine film artists attending the Sydney Film Festival this year are (from left to right):

> downlaod the photo in high-res

* This designation is without prejudice to positions on status, and is in line with UNSCR 1244/1999 and the ICJ Opinion on the Kosovo declaration of independence

European Film Promotion (EFP) and the Sydney Film Festival welcome the participants of EUROPE! VOICES OF WOMEN IN FILM, a programme taking a stand for gender equality and diversity in the film industry by highlighting the outstanding work of European women directors. For its third edition renowned Australian producer Jan Chapman ("The Piano") once again functions as ambassador for the initiative. The five day event includes a public talk centering on gender issues in the film industry as well as touching artistic questions with a special view on female characters.