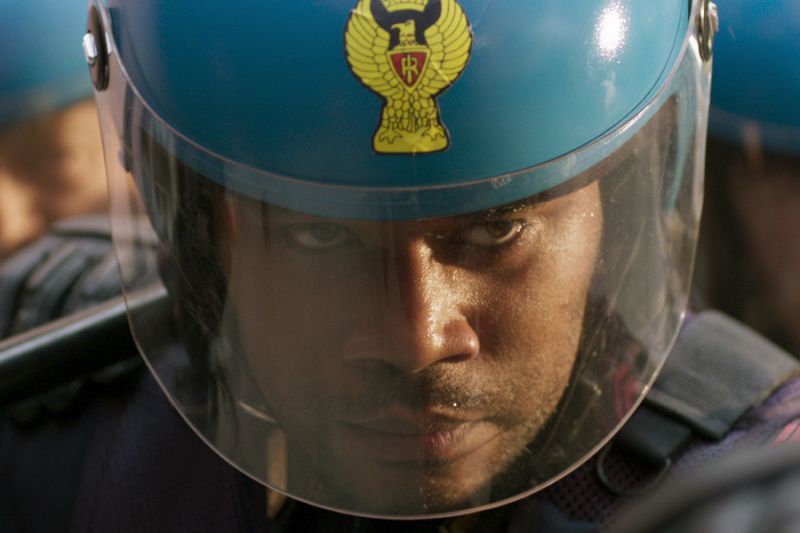 Now in its fourth year, EFP's fruitful cooperation with the festival will introduce the filmmakers and their films - as world, international or Czech premieres - to the public, film industry and press during the four-day event which runs from July 1 - 4. In addition to presenting their films to the enthusiastic audience, the participants will take part in a master class and meetings with industry experts from various fields in order to build up their international network. The EFP initiative is supported by the Creative Europe - Media Programme of the European Union and the respective EFP member organisations.

This year's group has already a lot to show for itself: Lora Mure-Ravaud's short film BLACKJACK, about two loners in a hotel becoming more and more attracted to each other, was awarded Best Swiss Short Film 2017 at the Winterthur festival. From Bosnia and Herzegovina comes Neven Samardzic, whose senior thesis film CLEAN tells the story of a junkie trying to get clean. It won The Heart of Sarajevo for Best Student Film in 2017. The Croatian director and screenwriter Judita Gamulin was among the finalists of the 43rd Student Academy Awards in 2016 with FLOWERS (2015). Her new film MARICA, which she presents at EFP FUTURE FRAMES, follows an average woman on the day when she decides to change her life completely. Hleb Papou's THE LEGIONNAIRE was part of the 32nd Venice International Film Critics Week in 2017. His graduation film from Italy's Centro Sperimentale di Cinematografia shows the moral conflict of a police officer, who has to clear out the occupied house where his mother and brother live.

After the success of his first film, the award-winning LEJLA, the Dutch director Stijn Bouma who was accepted for the film factory programme at the Sarajevo Film Academy realized REGAINED MEMORY about a recently widowed man, who, overwhelmed by the past, forgets his responsibilities towards his daughter. Another award-winner is SWEET HOME CZYŻEWO by the Polish director, screenwriter and editor Jakub Radej about a man, who, after a successful stint in the US, returns to his hometown in the hope of rekindling an old romance. WHERE THE SUMMER GOES (CHAPTERS ON YOUTH), the visually stunning feature short film debut of David Pinheiro Vicente from Portugal, premiered at this year's Berlin International Film Festival. Georgian director David Gurgulia had already produced and directed films for ad campaigns before starting his studies at the Film State University where he directed DIALECT, among others. It tells the story of a sound designer on a mission to record the "divine language" of children living in a "sacred reserve". The Slovak Republic is represented by A WARM COMEDY ABOUT DEPRESSION, MADNESS AND UNFULFILLED DREAMS from the actor and director Michal Duris, who channels his own experiences while growing up. Also putting experiences to the test is the Swedish filmmaker Dawid Ullgren with 1981 about a gay man exploring his deepest sexual desires in a sauna.

EFP FUTURE FRAMES has proven to be an important platform for discovering exciting new European directors thanks to the EFP member organisations who nominated their most interesting young talents. Like Klara Kochanska from Poland, who took part in Future Frames in 2016 and now presents her feature film debut VIA CARPARTIA in the East of the West competition at KVIFF. "When I joined Future Frames in 2016 with my diploma film THE TENANTS I still felt only like a student. But Future Frames made me realise, that I can also be a part of the filmmakers community and maybe a part of the industry. So that feeling gave me the strength to fight and stand up for the next project. Because to be honest, despite the big international success of THE TENANTS it still was very hard to make our feature-length debut." The final selection made from the 27 entries this year is undertaken by KVIFF's artistic director Karel Och and programme coordinator Anna Purkrabkova. With its special attention to a young cinema, the festival attracts a wonderfully curious young audience, thus making KVIFF the perfect place for EFP to present the next generation of film professionals.

*** click here for more information on the filmmakers and films ***